News Tina Charisma 'Regenerative Travel' Is the New Buzz Phrase, but What Does It Mean?
Home  >  News   >   5 Awesome, But Forgotten, US Landmarks

5 Awesome, But Forgotten, US Landmarks

Across the United States, and often just a stone’s throw from popular tourist destinations, are places that, despite being nationally significant, are unmarked. Bestselling author Andrew Carroll traveled to all 50 states to find these overlooked spots for his new book, Here is Where: Discovering America’s Great Forgotten History (Crown). Carroll offers a few highlights from the book for travelers wanting to venture off the beaten path… 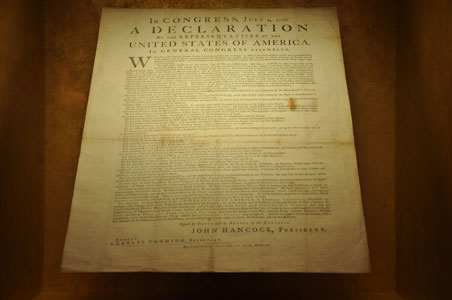 1. Philadelphia, Pennsylvania: After visiting all of Philly’s great well-known colonial sites—Independence Hall, the Liberty Bell, the National Constitution Center—swing by South Ninth Street between Chestnut and Market. It’s just a parking lot now, but this is where Leary’s Book Store used to be, and it was here, when the shop was being torn down in 1969, that a lost Declaration of Independence was found. This copy, known as a Dunlap broadside (named after John Dunlap, the Irish immigrant who printed it) pre-dates the Declaration on display at the National Archives in Washington, DC, and it was among the first versions distributed throughout the colonies on July 5, 1776. If you ever find yourself in Texas, the "Leary’s" Declaration of Independence is on exhibit at the J. Erik Jonsson Central Library in downtown Dallas. It is currently the only Dunlap broadside that the public can view for free on a year-round basis. 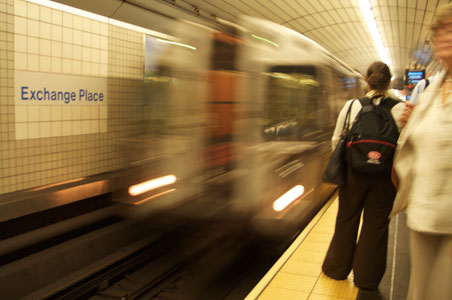 2. Jersey City, New Jersey: From New York City, take the PATH train out of Manhattan (just one stop past the 9/11 Memorial) to the Exchange Place. It was here, in the latter part of the Civil War, that a Booth saved the life of a Lincoln. Robert Todd, the president’s son, was on the station’s passenger waiting area when he slipped and fell between a train and the platform. Just before the departing locomotive almost crushed Robert to death, a bystander rushed to his aid and pulled him to safety. The rescuer? Edwin Booth, brother of John Wilkes.

Incredibly, the only time the three Booth brothers—Edwin, John, and their older brother Brutus—acted on stage together was a one-night performance of William Shakespeare’s Julius Caesar on November 25, 1864 in order to raise money to place a statue of Shakespeare in Central Park. (Edwin, not John Wilkes, played Caesar’s assassin, Brutus.) November 25th just happened to be the same night that Confederate agents tried to burn down New York, representing the first major terrorist attack on the city, and many of the buildings and hotels the plotters set on fire are all within blocks of where the World Trade Center towers later stood.

The statue of Shakespeare stands in Central Park to this day, and a plaque there highlights Edwin’s role in helping to get it erected. His brother, John Wilkes, isn’t mentioned. 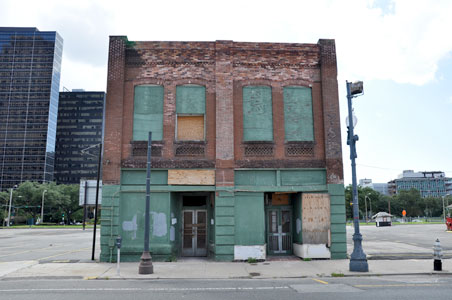 3. New Orleans, Louisiana: The Big Easy is a music buff’s dream, with some of the best jazz and blues clubs in America, but one of the city’s most important historic sites is easy to pass by unnoticed. At 427 South Rampart (about two blocks from the French Quarter) is the Karnofsky Building, and it was here that a young Louis Armstrong nurtured his love for music. Born in New Orleans in 1901, Armstrong first lived with his grandmother, a former slave, and although he was Catholic by birth, Armstrong later wore a Star of David in honor of the Karnofsky family, who hired him when he was a boy to haul junk. Their influence on him was profound.

"When I would be on the Junk wagon with Alex Karnofsky," Armstrong handwrote later in life…

I had a little Tin horn—the kind the people celebrates with.— â€¦.
After blowing the tin horn—so long—I wondered how I would do blowing a real horn,—a cornet was what I had in mind. Sure enough, I saw a little cornet in a pawn shop window—Five dollars—my luck was just right. With the Karnofskys loaning me on my Salary—I saved 50 cents a week and bought the hornâ€¦.
People thought my first horn was given to me at the Colored Waifs’ Home for Boys. But it wasn’t.

Armstrong went on about how the Karnofskys cared for him like one of their own, fed him ("If it wasn’t for the nice Jewish people, [I] would have starved many a time"), and encouraged him at every step. "When I reached the age of Eleven I began to realize that it was the Jewish family who instilled in me Singing from the heart," Armstrong wrote. Coming from one of the most influential jazz musicians of all time, this is no trivial acknowledgment. (Special thanks to Rob Florence, one of the best tour guides in New Orleans, for finding the Karnofsky Building for me.) 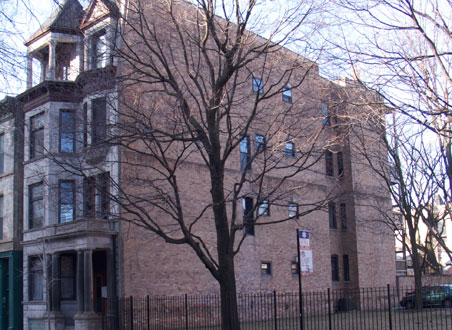 4. Chicago, Illinois: Not one gangland-related site in Chicago, which was a hotbed of bootlegging operations during the Prohibition era, is marked, not even one of the most infamous locations in the Windy City: the spot where the infamous St. Valentine’s Day Massacre occurred. On February 14, 1929, four men—two dressed as cops and two in civilian clothes (most likely posing as detectives)—entered a garage at 2122 North Clark Street in Lincoln Park and ordered the seven men inside against the wall, ostensibly to search and arrest them. Five of them were members of Bugs Moran’s North Side Irish gang, and two were hangers-on. After the seven men put their hands up against the wall, they were sprayed with machine gun fire until they all lay in a bloody heap on the ground. One victim, a Moran enforcer named Frank Gusenberg, lived for several hours despite sustaining fourteen bullet wounds, but he refused to give police any information before he died.

Al Capone and his South Side Italian gang were blamed for the killings, but there was no definitive proof that Capone was involved. Nevertheless, the massacre enraged the public and prompted a massive crackdown on the mob and Capone, in particular, who was eventually convicted of and imprisoned for tax evasion. 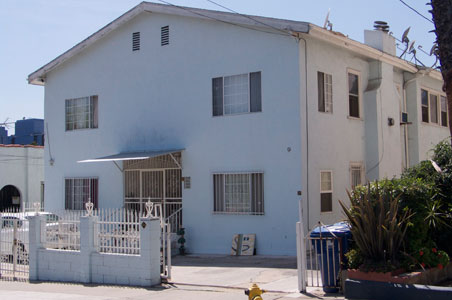 5. Los Angeles, California: Universal Studios, Grauman’s Chinese Theatre, "home of the stars" bus tours, and the Walk of Fame are the mainstream Hollywood attractions, but nestled on a quiet street in Hollywood is where a brilliant young inventor named Philo T. Farnsworth began, in 1926, creating "electronic television." ("Mechanical television" had already been in the works, but it ultimately proved ineffective, and Farnsworth’s invention later won the patent for what became television as we know it.) Located at 1399 North New Hampshire Street, the modest, one-story apartment complex has been repainted, but it’s the same building that Farmsworth lived and worked in when he moved to California from Rigby, Idaho, where the idea for television first came to him.

Farnsworth was a fourteen-year-old farmboy with a knack for tinkering when he had his brainstorm, and the Farnsworth farm in Rigby is also currently unmarked. (If you stop by the North New Hampshire address, keep in mind that the apartments are private residences, so no knocking or ringing the doorbell!) Farnsworth later moved to San Francisco to complete his work, and his old laboratory at 202 Green Street is marked. But the overall story is so compelling that it deserves further scrutiny. As a somewhat sad and poignant coda, Farnsworth only appeared once on the invention that he helped to create, and it was for the show I’ve Got a Secret!. Farnsworth was introduced as Dr. X, and celebrity panelists asked him a series of questions in order to guess his identity as the true inventor of television. Farnsworth went home victorious, having earned the top prize of $80 and a carton of cigarettes. He won, though, because none of the show’s famous panelists had any clue as to who he was.

For more information about Andrew Carroll’s book, HERE IS WHERE, or to recommend your own favorite little-known site, please visit HereIsWhere.org.