Spring has just about sprung, so we’ve rounded up a preview of the season’s freshest happenings in five of the world’s most popular cities. From San Francisco’s funky festivals to Paris’s cutting-edge art expos, these main events are sure to put some spring in your step. In addition to outlining a smorgasbord of special spring events, each city-specific mini-itinerary below gives you the scoop on where to sleep and eat, for a spring fling to make the birds sing. 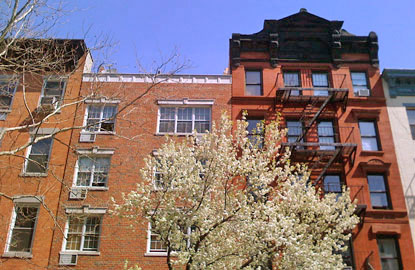 Why Go Now: We covered a handful of great NYC happenings in our Top 10 Places to Travel this Spring, but there are still plenty more to catch. Partake in a fluffy "free-for-all" (free and for all ages) on International Pillow Fight Day (last year drew 5,000 strong; April 7). Attend Spa Week NYC (April 16–22) and sample $50 treatments at hundreds of health and beauty spots. Browse ultra-unique stalls at the Lower East Side’s Hester Street Fair (opening April 28), featuring retro wares, yoga advice (pay just a buck for a consultation), and quirky local grub like "boozy" cupcakes from SoHo’s Prohibition Bakery. Or, join the six-mile AIDS Walk (May 20) and see the sights while putting your foot forward for a good cause.

Where to Stay: Bed down at the LEED-certified, 168-room NoMad Hotel near Madison Square Park (opening late March); or, try Conrad New York (opens March 20), touting views of the Hudson River and Statue of Liberty.

Where to Eat: Local foodies are drooling in anticipation: One of San Francisco’s hottest restaurants, Mission Chinese Food, is shooting for a spring opening of its first East Coast outpost in NYC later this month (March). 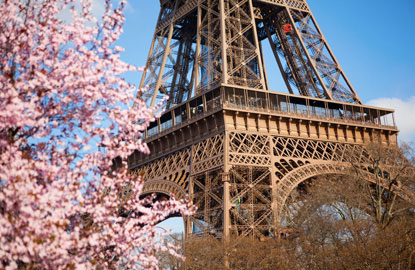 Why Go Now: Art is abloom come springtime in Paris, with late March and early April boasting an annual cadre of modern art fairs. View the latest paintings, sculptures, and films by the world’s most avant-garde contemporary artists from over 120 galleries beneath the glass dome of the Grand Palais at Art Paris (March 29–April 1); soak in contemporary sketches and interactive digital art at the Drawing Now Festival (March 29–April 1) amidst the Carrousel du Louvre; and browse 80-plus exhibits featuring jewelry, furniture, photography, and nearly every medium in between at the Pavillon des Arts et du Design (March 28–April 1).

Where to Stay: Hotel ibis Paris Bastille Rue de Reuilly is opening in March as a solid budget option in the city center, with free breakfast, Wi-Fi, and 24-hour bar snack service. Rates from $120/night. 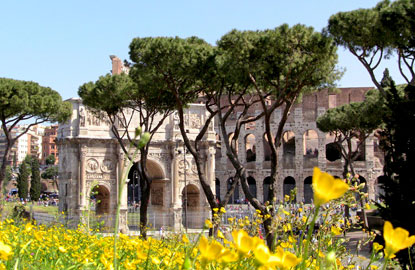 Why Go Now: If you liked The Da Vinci Code, don’t miss Rome’s latest big-draw museum exhibit: Lux in Arcana: Vatican Secret Archives Revealed kicked off March 1 and showcases 100 documents from the Vatican’s Secret Archives (à la ancient manuscripts and orders of excommunication) previously kept under lock and key for some twelve centuries. Plus, schedule your visit from April 20–22 to celebrate the birth of Rome, when parades, gladiator shows, traditional Roman banquets, and even an international "goddess" competition are held at historic venues throughout the Eternal City.

Where to Stay: Gran Meliá Rome Villa Agrippina opens Easter Week along the banks of the Tiber, boasting 116 rooms, its own botanical garden, and a rooftop terrace touting 360-degree panoramas. Common areas display archaeological treasures and each floor acts as a thematic gallery inspired by famous works from the city’s museums. Rates from $340/night.

Where to Eat: The newest and largest outpost of gourmet marketplace Eataly is slated to open in Rome June 2 (current locations are in Tokyo and NYC), claiming 15,000 square feet of top-quality food (like mozzarella made on-site) and a dozen-plus restaurants. Also this spring, Rome’s 100-year-old Testaccio Market, world renowned for its fresh, local produce, is moving to a new, modern shopping center a few blocks from its current location. 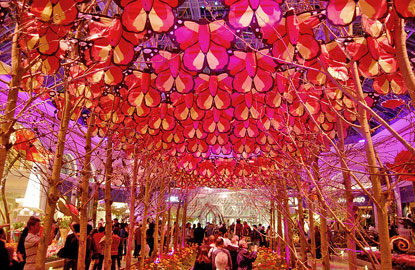 Why Go Now: Opened March 10, the world-class Smith Center for the Performing Arts is hosting a mega-lineup of Broadway shows, comedy acts, live music, and more, this spring. Get your tickets now for a gravity-defying contemporary dance performance by MOMIX (April 20) or an evening with author David Sedaris (April 26). Feeling brazen? Attend the Monster Jam truck rally (March 23–24); a rodeo during the annual Las Vegas Helldorado Days (May 17–20); or, hit up the newly opened Mob Museum (debuted in February). Stick around for the World Series of Poker (starting May 27), the world’s most famous card tourney (free to watch, but $10,000 to buy-in!).

Where to Stay: In honor of its recent LEED certification, Element Las Vegas Summerlin (where President Obama stayed the night during a January visit) is offering a third-night free deal including complimentary parking, daily breakfast, and Wi-Fi. Rates from $119/night. 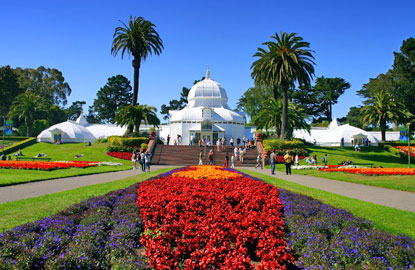 Where to Stay: Opening April 1 in a historic Spanish colonial outpost, the pet-friendly Inn at the Presidio‘s 22 rooms (17 are suites) feature a handsome, modern aesthetic, and third-floor views of the Golden Gate Bridge. Complimentary breakfast and wine reception are included; plus, guests enjoy easy access to the nearby urban spa, yoga studio, and biking trails. Rates from $195/night.

Where to Eat: San Francisco’s first state-of-the-art, wood-oven pizza truck, Del Popolo is set to launch in late March/early April and will hock hot pies fresh from an imported Neapolitan oven next to various city curbsides. Track its route via Twitter (@pizzadelpopolo).