There’s something about warm weather that makes us want to hop in the car and drive into the sunset (preferably in a red convertible). While temperatures reach new heights inland, ’tis the season to explore the coast, and one thing we love about the West Coast during summer: it’s balmy and breezy from Mexico to Alaska. Whether you have a week off or a handful of free weekends on the horizon, we’ve assembled a hit list of West Coast road trips that rev our engines. All you have to do is drive. 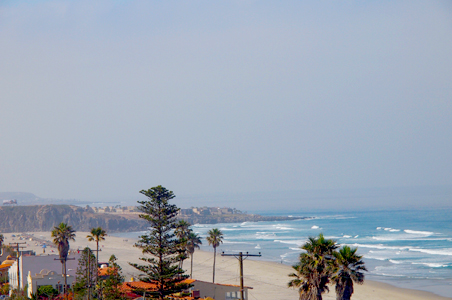 Road trip numero uno embraces Mexico’s meandering coastline as it hugs Baja’s awe-inspiring sea cliffs. Starting in San Diego, cross the Otay-Mesa border, and make your way to Route 1D toward Ensenada. Road signs are well-marked and the pavement is in excellent condition through a series of three tolls that charge $2.45 a pop (the tolls take US Dollars). If you want to push the pedal to the metal for Ensenada’s famous fish tacos, we don’t blame you, but consider stopping along the way to check out the sand dunes, beaches, and fishing towns that polkadot the path.

While in Ensenada spend time sunning at Estero Beach, or surfing near a strand of sand at San Miguel. And since you’re on the coast, it’s only natural to stay oceanside, yet only a handful of Ensenada hotels actually sit beside the sea. Our waterfront favorite is Casa Natalie, a white-washed, all-suite inn that serves up an infinity pool, paired with a margarita on the rocks.

Insider Tip: We recommend getting additional insurance for any vehicle you drive into Mexico. And while we’re on the topic, it’s best to bring a ride that flies under the radar. 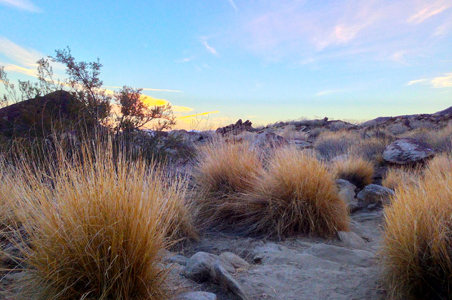 The first feat in your LA escape route is to dodge the City of Angels’ notorious traffic—almost as famous as the Hollywood Sign. To do this, be sure to avoid rush hour (4-7 pm, to be safe), or leave at the crack of dawn. Once en-route, roll down the windows and crank U2’s Joshua Tree album to gear down for the pace of desert life.

Two hours into the three-hour ride, stop at Cabazon to acclimatize to the dry heat and cool off sipping a famous and locally-sourced date shake from Hadley Fruit Orchards’ roadside stand. If you’re in the market for lunch, another stop we recommend is Pappy and Harriet’s, a kitchy tex-mex eatery in Pioneertown, originally created as a movie set by Hollywood execs in the 1940s to film blockbuster western flicks.

Stomach (and gas tank) refueled, Joshua Tree’s isolated landscapes and viewpoint hikes loom. If your goal is to get up close and personal with the National Park, stay six miles away at the Joshua Tree Inn, a motor hotel boasting a cool pool placed in the heart of the desert heat. If you’d rather be closer to the Palm Springs action and day-trip into Joshua Tree, we suggest Hotel Lautner, which recently went under a three and a half year renovation to bring it back to its mid-century glory. 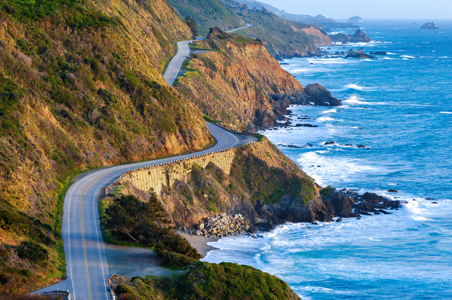 From the Bay City to coastal country in T-2.5 hours, this short escape is doable as an overnighter, though we’re certain you’ll take one look at Big Sur’s salt-soaked surroundings and want to extend your trip indefinitely. Because Big Sur is so bold and beautiful, we suggest putting the blinders on to all the potential stops along the way (and there are many).

Following California State Route 1, you’ll know you’ve arrived when you spot the Santa Lucia Mountains plunge into the Pacific Ocean and meadows exploding with wildflowers. A locale where outdoor enthusiasts play and city slickers unwind, this coastal retreat isn’t about it restaurants or be-seen neighborhoods, rather it’s all about catching the sunset from Pheiffer Beach or hiking to the secluded Partington Cove by way of a treed canyon and a 60-foot tunnel.

Save your money (for gas!) and camp at the Kirk Creek Campground situated on a bluff overlooking the Pacific, or splurge at the Post Ranch Inn, a woodsy-chic retreat sans alarm clocks or TVs. 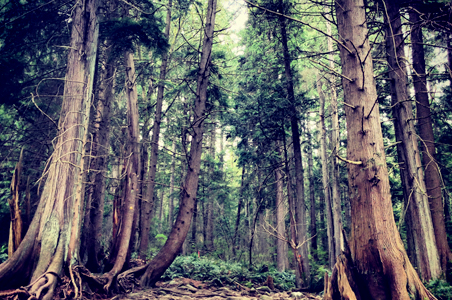 If we can pull you away from Portland’s food scene, near 40 miles of coastline will feed your soul at Redwood National Park. Perfect for a three- or four-day getaway, the fastest inland route will have you hugging a redwood in five hours, however, we suggest inching your way down the US 101 South/Oregon Coast Highway to the Northern, wooded tip of California.

Home to the tallest trees on earth, and some as old as 2,000 years, it’s only fitting to trade a king bed and mini bottles of shampoo for a cathedral canopy at one of four on-park campsites—we like the Jedediah Smith Campground because it sits in an old-growth redwood grove. If hotel-ing is how you roll, sleep over at the Requa Inn, the most historic bed and breakfast in Redwood National Park. 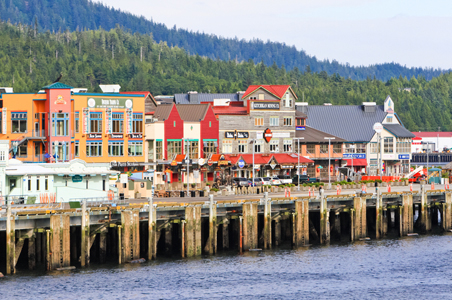 The last journey is by far (pun intended) the most epic. But don’t let this lengthy road (and sea) trip deter you, Seattle to Ketchikan delivers big on both the journey and destination fronts.

Once you’ve sipped a half-caf, no-foam, macchiato at the first Starbucks opposite Seattle’s iconic Pike Place Market, drive for three hours to Vancouver, Canada, to spend a few nights at the luxury Fairmont Pacific Rim or the Loden boutique hotel, both a block or two from the sea. While in the City of Glass, walk or bike the Stanley Park Seawall, and savor the ocean-to-table cuisine (we love Miku) that’s put Vancouver on North America’s foodie roadmap.

With 18 hours of driving ahead, push the pedal to the metal past small towns and massive lakes toward Prince George for an overnight rest, before bee-lining to Prince Rupert, where you can catch a ferry along the Alaska Marine Highway System to Ketchikan. Complete with loungers on the top deck for seaworthy nature-spotting, enjoy the five-hour journey as a passenger, instead of the driver.

After advancing borders, states, and provinces, take a break in Southeast Alaska, overlooking downtown Ketchikan at the Cape Fox Lodge. As for hitching a ride home, we suggest organizing a one-way car rental, and riding into the sunset in style aboard a cruise ship that will take you back down to Seattle.