Spotlight on Park City, Utah: Sundance Film Festival and Beyond

From a creative, low-key start by Robert Redford in sleepy Park City, Utah, thirty years ago, Sundance Film Festival has exploded into one of the world’s most prestigious (and certainly high-profile) celebrations of cutting-edge filmmaking. So much for the intention to reject the glamour of the Cannes and Venice film festivals. Today Park City has blossomed into a vibrant and sophisticated hub for artist and athletes alike. The annual film festival starts this Thursday, January 20. Here are some of the most entertaining experiences outside the movie theater. 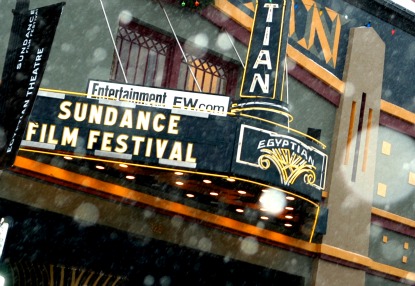 Park City: Past and Present
Long before industry types flooded into town to find their fortunes in the next "Little Miss Sunshine," pioneers poured in during the late 1800s hoping to get rich on the gold and silver. You can explore the life of a flourishing mining town at Main Street’s Historical Society and Museum. Today Park City’s alternate identity is a world-class ski resort. Ever since the 2002 Salt Lake City Olympics, it’s also become a destination for more esoteric winter sport enthusiasts—luge, anyone? The Utah Olympic Park, offers guided tours, an Olympic museum, zip lines, bobsled rides, and choreographed aerial shows in which winter athletes fly through the air. Winter is the peak time to visit, you may be lucky enough to catch a ski or snowboarding tournament. 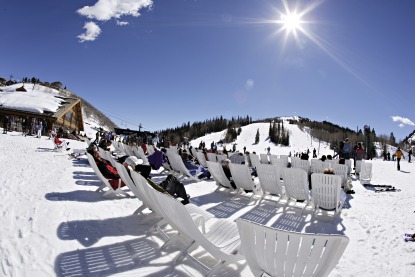 Rest and Relaxation
Ten days of movie-going, socializing, and partying can wear a person down. Fortunately, there is an abundance of area resorts and spas. In 1969, Redford founded the Sundance Resort to be an oasis of rustic good vibes. About an hour’s drive from Park City, the resort provides a mellow escape hatch for anyone looking to escape the maddening crowd. Other highly recommended relaxation spots right in Park City include Amatsu Spa at Sky Lodge Resort and day spas Align Spa, Aura Spa and Boutique.

Sounds of Sundance
An alternative music scene has begun flourishing in the festival’s shadows. The Sundance ASCAP Music Café kicks into high gear each afternoon, with live performances by artists ranging from Julia Fordham to Lou Reed; free panels on film scores and composers are also on tap. After hours, music lovers can head to one of several live music venues including Harry O’s nightclub, which will feature festival week performances by the likes of Snoop Dogg, The Roots, and Lauryn Hill. And The House of Blues Foundation at the Star Bar will host shows by Third Eye Blind, Neon Trees, Pussycat Dolls. In summer, check out the Utah Symphony Orchestra. 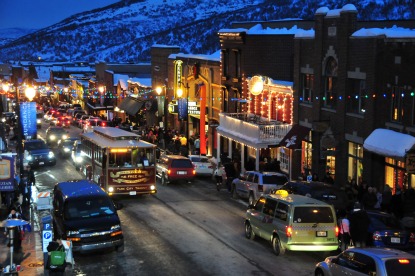 Gallery Gazing
Thanks to the yearly influx of creative types, Park City has developed a strong community of artists who came to visit and never left. It’s a mini Santa Fe, with over 25 art galleries, many of which showcase the works of local painters, sculptors, and craftsmen. The Kimball Arts Center, in the center of town, is a well-run creative hub, featuring art classes and well-curated exhibits including the exquisite Ansel Adams installation on now. For a complete list of Park City Galleries, visit Historic Park City.

Foodie Delights
Whether or not the rumor is true that Park City has more restaurants per capita than any other city worldwide, the city does arguably have the most top-tier chefs in a dense downtown. From the imaginative fusion at Wahso to artisanal Italian at Grappa, you’d have to work hard to have a bad meal here. In fact, you don’t even have to leave your condo to have a gourmet meal. High-end house parties have led to a boom in high-end catering, like Savoury Kitchen, which will whip up a four-star feast—perfect on a cold night after a movie marathon.

About the author: Christine Spines is a Los Angeles-based journalist who has spent the past 15 years covering film for Entertainment Weekly, Premiere, Elle, and Film Comment. She is currently a professor of journalism at Emerson College and a writer with WordandFilm.com where she will file daily dispatches from the 2011 Sundance Film Festival.