Coronavirus Leila Najafi Want to Stay in Costa Rica for Over a Year? A New Law Might Help You
Home  >  News   >   4th of July: Best Last-Minute Hotel Deals

The summer’s biggest party will be here before you know it. So why not get out of town this Independence Day and watch the sky light up over a great American city, beach town, or rugged mountainside. We’ve rounded up some stellar offers, and even scored you a few exclusive deals just for Fodor’s readers, across the good ol’ U.S. of A., with a few tropical outposts mixed in. Keep in mind that this July 4th falls smack in the middle of the week (on Wednesday). The flip side? You can party the weekend before or after, or stretch out the celebration into a weeklong fete. 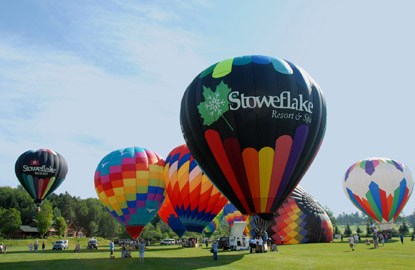 Stowe, Vermont: Save 40% at Stowflake with Hot-Air Balloon Festival Tix

The Deal: Save up to 40 percent this July Fourth at Stowe’s Stowflake Mountain Resort & Spa, a 2010 Fodor’s Choice winner. The resort’s Up, Up, and Getaway package coincides with Stowe’s 26th annual Hot-Air Balloon Festival—which features over 25 balloons floating above the Green Mountains, food and drink tents, horseback rides, and plenty of family entertainment—plus several Independence Day festivities in town (a fireworks display on Mayo Field starts at 6pm on the Fourth) and a town-wide shopping sale.

Stoweflake’s four-night package includes deluxe accommodations, a hearty breakfast daily (for two adults and two children), complimentary tickets to the Hot-Air Balloon Festival (July 6-8), a complimentary tethered ballon ride (which gets you some 60 feet in the air), as well as a chance to win a private hot-air balloon ride for two (valued at $275 per person). 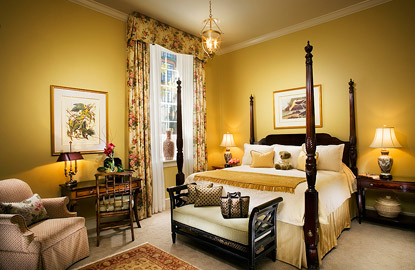 The Deal: Spend this July holiday in the South’s stately, and sassy, history-rich city of Charleston. Planters Inn, an old-world belle of a boutique hotel (and a Relais & Chateaux property), is offering a Where History Lives package which includes overnight accommodations, two tickets to Fort Sumter, and two carriage ride tickets. Be sure not to miss Charleston’s Patriots Point Fourth of July event which features live music, food, a kids zone, and a fireworks show from the USS Yorktown deck. 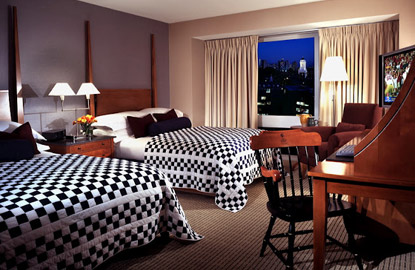 Boston: Knock 44% off at The Charles

The Deal: For an Independence Day bash in Beantown, we recommend the smartest hotel around—appropriately located in Harvard Square, Cambridge. The Charles Hotel comes with art-filled interiors (including sketches by JFK), stylish guest rooms, two excellent in-house restaurants, and a newly opened spa. This July 1-5, discounted rates will save guests up to $160 per night. Check out the Boston Harborfest which features a long list of events, from concerts and parades to walking tours and a fireworks cruise.

Book it: Visit TheCharles.com and use code July12. 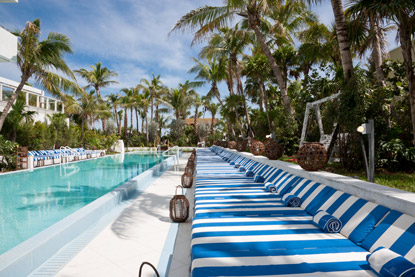 Miami Exclusive: Fodorites Get Special Rate, and a $75 Credit at Soho Beach House

The Deal: The two-year-old Soho Beach House Miami, a Fodor’s 2011 award winner, is only the third hotel and members-only club in North America. The Deco landmark on Collins Avenue, formerly the Sovereign Hotel, has been totally redesigned from the inside out to include an additional 16-story tower with 50 vintage-chic and homey rooms—most overlooking the ocean, a roof deck, the eponymous Club Bar, a lovely Cowshed Spa, and Cecconi’s restaurant, as well as two sexy pools and a full-service beach. This holiday week, mention Fodor’s and pick up a $75 resort credit and complimentary continental breakfast, on top of reduced rates.

The Details: Rates start from $395/night for stays June 29—July 8. A three-night minimum is required. 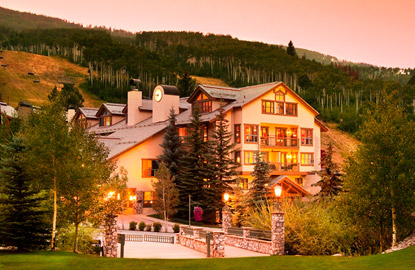 Vail: Save up to 50% off at The Osprey at Beaver Creek

The Deal: The intimate mountain-side Osprey at Beaver Creek is the perfect complement to a wild western getaway. 41 rooms are refreshingly light with clean lines and modern furniture, and only a few alpine accents. In the warm months, guests can sun by the outdoor pool, river raft, or ride the Centennial chair lift up to Spruce Saddle and bike down. Beaver Creek’s Independence Day festivities start at 5 pm on the Fourth. Summer nights at The Osprey are marked down by nearly 50 percent, including the July holiday week.

The Details: We found rates between June 30 and July 8 from $150/night. Note that rates do not include a $30 daily resort fee.

Book It: Call 866/486-3418 and reference Summer Rocks or visit OspreyatBeaverCreek.com. 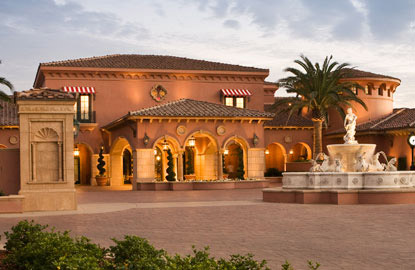 San Diego: Pick up a $100 Credit at the Swanky Grand Del Mar

The Deal: There’s nothing quite like the Grand Del Mar in San Diego. Not only is the Mediterranean-style resort a beauty (all clad in marble and gold), its location among the mountains and canyons of the Los Penasquitos Canyon Preserve is splendid. The resort’s Grand Life package includes luxury accommodations and a $100 resort credit that may be used at the stellar spa, Tom Fazio golf course, all resort restaurants, and on outdoor activities like horseback riding and canyon hikes. See one of the biggest firework shows in the U.S., the Big Bay Boom, from five locations in the city.

The Details: We found rates during the holiday week/weekend (July 4-July 7) from $392/night. A three-night minimum is required. 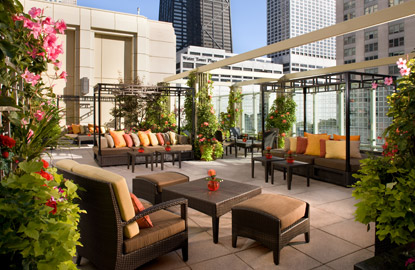 Chicago: Get up to $118 in Credit, plus Perks at Peninsula Chicago

The Deal: The Peninsula Chicago is always a fine choice for a classy stay. The swank hotel wows with its soaring gold-domed lobby (and famous chocolate buffet on weekends), award-winning spa, 19th-floor glass-enclosed pool, and extra-large guest rooms with views over the Magnificent Mile. The Summer Splendor deal includes breakfast, a guaranteed upgrade to the next room category, and a credit of up to 30 percent of the room rate for use at the hotel’s restaurants, bars, and spas. In fact, the Asia-based Peninsula brand is offering its Summer Splendor package at all three of its lavish US properties, including the Peninsula Beverly Hills and the Peninsula New York.

The Details: The Peninsula Chicago’s Summer Splendor rates for the night of July Fourth start at $350; $395 for the weekends before and after. 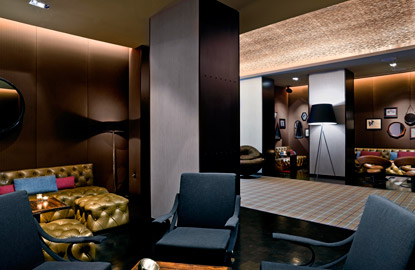 The Deal: The dapper Smyth Tribeca comes with 100 handsome guest rooms, a clubby lounge, and Frederick Lesort’s French-brasserie Pein Sud—not to mention a primo location for the Fourth, only two blocks from New York’s Fourth of July Fireworks Spectacular on the Hudson. The Smyth’s holiday offering includes 10 percent off the lowest available rate and two foldable chairs and a blanket to watch the show.

The Details: Deal rates start from $233/night for stays June 29 through July 8.

Book It: Call or visit ThompsonHotels.com. 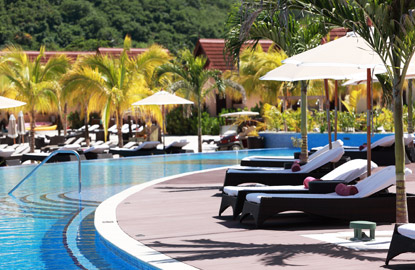 The Deal: On volcanic St. Vincent, Buccament Bay Resort is the place to stay. The sprawling development comprises a sparkling white-sand beach (imported white sand is layered on top of the island’s natural black sand), 90 airy villas with private decks and plunge pools, six restaurants, catamarans for sunset cruises and day excursions, a fab spa, and a sports academy and a performing arts academy. Fodorities can save 40 percent off all-inclusive rates for a one-bedroom villa plus pick up a 60-minute spa treatment for two.

The Details: Reduced all-inclusive rates start from $819 per room/night in a one-bedroom deluxe garden villa, including all taxes and service fees. This deal is valid from June 1 through December 20, including the July Fourth week. A five-night minimum stay is required. 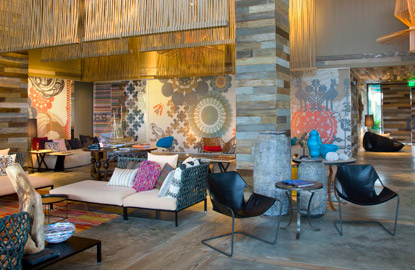 The Deal: The trendy W Retreat & Spa Vieques Island sits on a gorgeous beachfront with 177 slick guest rooms and suites, complete with free-standing bathtubs and patios or terraces, an Alain Ducasse restaurant, private beach cabanas, and the lovely AWAY Spa. The W is offering a fourth-night-free promotion with a complimentary room upgrade and a $100 food and beverage credit during the holiday week. Be sure to check out the DJ party at the hotel on Saturday, July 7, and catch the fireworks booming across the water in Fajardo.

The Details: Discounted rates, including the fourth night free, start from $273/night.