News Larry Bleiberg You Can Finally Look Inside This Stunning D.C. Landmark. But Only for Another 25 Days
Home  >  News   >   4 More Outstanding Day Trips from Paris

Paris is surrounded by spectacular destinations well worth spending a day outside the City of Light. But for those who’ve been to Giverny or Reims before, we’ve rounded up four (more) fantastic day trips from Paris that will take you further off the beaten path. Filled with spectacular villages and grand chateaux, these four are just an hour or so from Paris and can be visited in tandem or on their own (by car or train), for an unforgettable side trip. 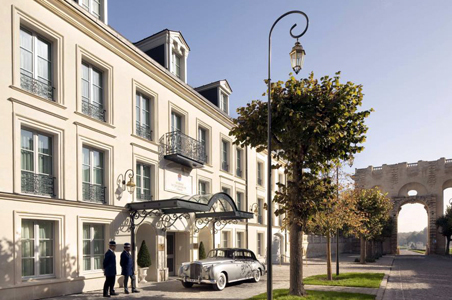 Just 26 miles from Paris, this royal palace extraordinaire, nestled in the prestigious horse country of the Chantilly forest, offers more than just a glamorous setting. The Chateau de Chantilly‘s sumptuous rooms include the newly restored Singerie, with a delightful monkey-motif, a celebrated library, and an art collection second only to the Louvre. The spectacular Le Nôtre-designed grounds and gardens include waterways, fountains, English and Japanese gardens, and the romantic hameau—the inspiration for Marie Antoinette’s hamlet at Versailles.

Eat: The Le Hameau garden restaurant in the chateau’s charming hamlet is the perfect spot for lunch or a crème Chantilly-laden dessert.

Make it a Weekend: The stately new Auberge du Jeu de Paume hotel right on the chateau grounds is within easy walking distance to Chantilly’s racecourse and the newly restored Museum of the Living Horse. With luxurious rooms, a full-service spa and pool, views over the chateau gardens, and the superb Michelin-starred La Table Connetable restaurant, what’s not to love? 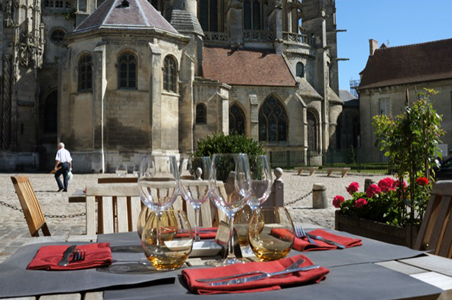 Six miles from Chantilly, the medieval town of Senlis is an undiscovered gem. Its meandering streets, Roman walls, Gothic cathedral—older than Paris’s Nôtre Dame—and unspoiled atmosphere give the distinct impression of having traveled back in time. A newly restored museum housed in a Roman building recounts the history of the area, from Neolithic and Roman times to the 19th century, via artifacts and sculpture unearthed nearby.

For lunch or dinner, Scaramouche serves gourmet bistro fare on a stunning terrace overlooking the cathedral.

Make it a Weekend: Just steps from the gothic cathedral, Coté Jardin offers a warm welcome, spacious modern rooms, and a splendid garden, should you want to make it an overnighter. 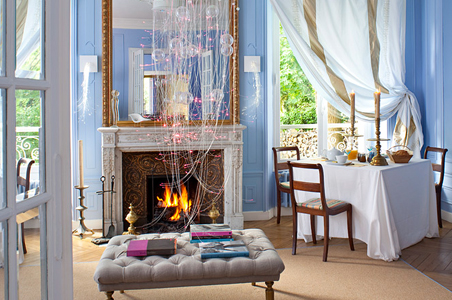 An hour from Paris, in France’s Brie-producing countryside, the ancient town of Provins’s medieval ramparts and 12th-century tower are as picturesque as they come. A religious center in medieval times, the town’s rich historic legacy can be experienced through daily demonstrations of medieval jousting and falconry. Enjoy rose-scented delicacies made from the ancient Provins Rose, cultivated here since the 11th century, when it was brought back from the crusades.

Make it a Weekend: Paris-based fashion designer Stella Cadente lets her talents soar in this elegant 19th-century maison d’hÃ´tes in downtown Provins. Each modern room is study in comfort and imagination. 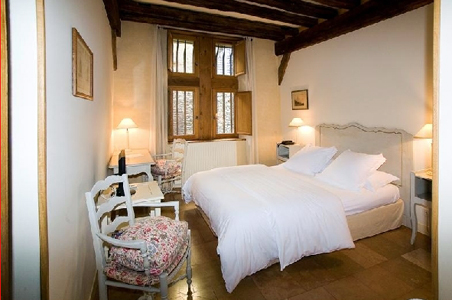 Visitors never fail to marvel at the pink, sky-blue, and marigold-colored half-timbered buildings in Troyes’s exceptionally preserved old town, just 45 minutes from Provins. One-time domain of the counts of Champagne—and medieval poet, Chrétien de Troyes, author of the first Arthurian legends—this distinguished town flourished from medieval times through the Renaissance and evidence of its illustrious past is in abundant view. With three important churches and five top-notch museums, the town is a national treasure. As one of the Champagne region’s primary cities, don’t forget to sample some of the local bubbly!

Make it a Weekend: Built in 1465, the stone and half-timbered Le Champ des Oiseaux is as pretty as a picture. Along with bay windows, beamed ceilings, and antiques the hotel also offers every modern convenience.