News Christina Mueller Yes, You Can Visit Los Angeles Without a Car. Here's How to Use the L.A. Metro Subway System
News3 Ways to See the World as a Runner

3 Ways to See the World as a Runner

Running while on vacation and even taking "running vacations," can be amazing ways to see the world and make new friends. No sitting on a tour bus listening to a voice over a speaker system or following around a guide holding a flag on a walking tour. Simply strap on your sneakers and go. Here are three great ways to see the country and the world…as a runner.

Seek Out a Running Concierge 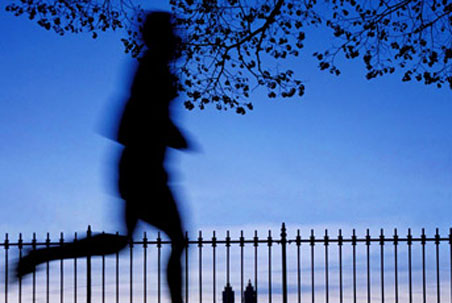 Forget the treadmill in the hotel’s fitness center. Look for hotel "running concierges" that meet groups in the lobby for daily runs. At dozens of Westin properties, for example, runners of all levels can go on three- and five-mile guided runs through major cities. You’ll even receive a towel and a bottle of water on your return. Some properties even make jogging strollers available at no charge to bring little ones along for the ride.

Select Kimpton hotels offer regular group runs as well with especially good programs in San Francisco. Stay at Kimpton’s INK 48 in New York and they really have you covered when you’re ready to run with a runner’s amenity kit, including a Hudson River path map, pre-loaded iPod Shuffle with headphones, and an athletic sports watch. 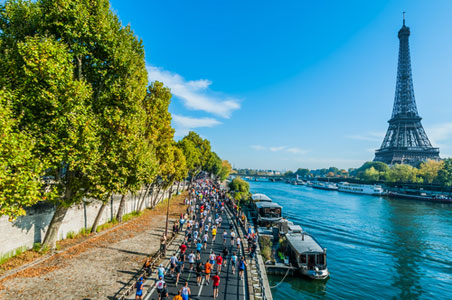 It’s not hard to find a running tour group in just about every major city these days. In fact, some cities are best seen while on the move as you run across bridges, through museum districts, and past must-see attractions. And burning calories while taking in the sights is a nice added bonus.

In 10 cities across the US, City Running Tours offers personalized and group running tours from Boston to Seattle. Depending on the city, 5K and 10K runs take place two to four times per week, exploring different areas of the city each time. Great for tourists and locals alike, these guided runs often showcase neighborhoods and hot spots easily missed if using a guidebook alone.

Europe is another great place to take to the streets for running tours. Paris Running Tours, for example, offers a diverse selection, including tours focused solely on Parisian churches, palaces, and canals. They even have a tour that guides runners through the same route taken by King Louis XIV upon fleeing the Louvre during the French Revolution. Once the run is complete, you’ll receive a t-shirt, medal, certificate, and a souvenir photo. 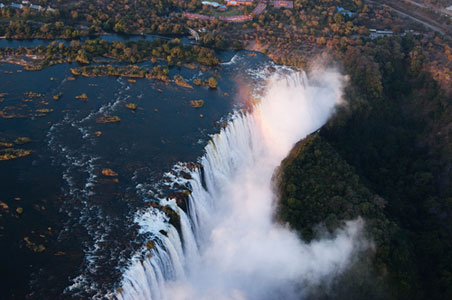 Not everyone has 26.2 miles in them, but if you do, check out AmazingRunningTours.com, which organizes 40+ race-based vacations worldwide every year. Tour packages include a marathon, trail race, or triathlon, followed by several days of sightseeing in beautiful places like Victoria Falls, the Galapagos, and even Antarctica.

Or, consider planning your own getaway around an upcoming marathon, like the Rock ‘n’ Roll Marathon Series, which hits dozens of cities every year, including six cities in Europe. Hear live music at each mile marker as you run through the most scenic and interesting parts of each city. For wine lovers, try the Destination Races series of wine country half-marathons, each of which cap off with a wine festival.

If pounding the pavement across the globe is your thing, like it is for Monique Rubin at Mo Travels who uses the hashtag #runtheworld to chronicle her running adventures, then check out Flying Blue Running. In this online community, runners can share experiences, discover the best running locations around the world, even sign up for marathons using airline miles (KLM, Air France).

As an added bonus, Flying Blue Running members receive special perks at select marathons. Look for free access to a lounge to store belongings (wallets, keys, etc.), snacks, beverages, and even free massages. The post-race massage alone may be worth strapping on the sneakers and hitting the pavement.