News Apeksha Bhateja Have $340,000 and Want to Vacation in a Survivalist's Paradise?
News3 Summer Olympics-Themed Getaways

While all eyes are on the upcoming summer games, we thought we’d do a quick blast from the past with a visit to three previous host cities. Conjure up some good old fashioned team spirit with these three thrilling Olympics-inspired trips you won’t have to train for.

Olympic History: Lake Placid is one of only three places in the world to have hosted the Winter Olympic Games twice (1932 and 1980). Whiteface is an Olympic Mountain (the highest vertical drop in the east) and in the winter you can ski the same terrain as some of the world’s most amazing racers. But there’s plenty to do in the area during the summer, too. Lots of ways to get in the games at the Olympic Center, Olympic Sports Complex, and the Olympic Jumping Complex. (Psst: strolling through the village, you just might bump into an Olympian.)

Where to Stay: Mirror Lake Inn is a luxury lakefront resort in the Adirondack Mountains. The Inn offers casual and fine dining, a must-visit spa, a private beach, and complimentary boats for its guests, as well as paddling, fishing, golfing, biking, and more. Visiting the Olympic venues is easy when staying at the Inn, since they’re all just a stone’s throw.

Gold Medal Activity: The Lake Placid Bobsled Experience is a great for winter and summer thrills. In summer, when bobsleds trade blades for wheels, climb into a sled with a professional driver and brakeman, and shoot down the 1980 track. Hold on to your helmets—it’s an exhilarating ride! For your bravery, you are awarded a bobsled lapel pin, a commemorative team photo, t-shirt, membership in the U.S. Bobsled and Skeleton Federation, and 20 percent off your next bobsled ride, should you dare give it another run. 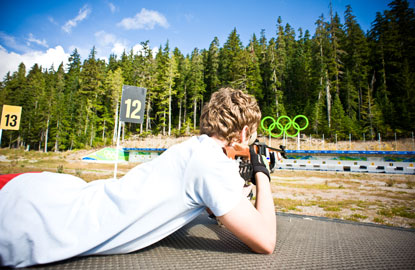 Olympic History: Whistler has quite a lengthy history around the Olympic Games dating back 50 years.  Whistler’s dream began when several businesspeople from Vancouver attended the 1960 Winter Olympics in Squaw Valley, California. They returned from those Games determined to bring them to Whistler, and set about developing the ski mountain that would eventually become Whistler Blackcomb. After five attempts to bring the Games to Whistler, the sixth was finally successful.

Where to Stay: Four Seasons Resort Whistler is a 273-room rustic modern retreat with a location at the foot of iconic Blackcomb Mountain that provides convenient access to all the destination’s amenities from outdoor activities, fine dining, shopping, and nightlife. The Four Seasons’ renowned intuitive services and unique offerings make this an ultimate address at nature’s front door.

Gold Medal Activity: The Experience Biathlon at Whistler Olympic Park is open for guests to try out for the summer. Put your skills to the test at the biathlon shooting range with the guidance of a certified instructor —the same one used by athletes during the 2010 Olympic and Paralympic Winter Games.  Biathlon is a sport that combine cross-country skiing with rifle marksmanship but in this summer version, you skip the skiing and cardio. But keep your eyes on the prize and fire away. 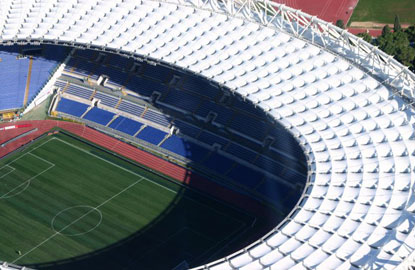 Where to Stay: Ever since The Hassler Roma opened its doors in 1893, it has held the coveted position as the most prestigious hotel in Rome. Set at the top of the Spanish Steps, it is within walking distance of the Villa  Borghese park, Via Veneto, Via Condotti, and the city’s fashionable boutiques. The Hassler sits next to the magnificent 16th-century Trinità dei Monti church and the abundant greenery of the Villa Borghese gardens and commands one of the most exclusive views in the world over the churches, domes, and rooftops of Rome.

Gold Medal Activity: Visit the Stadio Olimpico. The Hassler has a tour that includes seeing the Olympics stadium from an AIR-DYNAMIC helicopter. There is one tour that leaves from the airport of Roma Urbe, where guests are taken with The Hassler’s private car service to board the helicopter. Guests get a bird’s eye view of the north of Rome including: Monte Mario, Tomb of Nero, Olympic Stadium, Foro Italico, Corso Francia, Ponte Milvio, the Auditorium Music Center, Monte Sacro, and the Parc of Villa Ada.