News Apeksha Bhateja Have $340,000 and Want to Vacation in a Survivalist's Paradise?
News3 Costa Rica Itineraries for Foodies

Costa Rica’s lush land of rainforests, beaches, mountains, and volcanoes make the Central American country a destination for its natural charms as well as a favorite vacation spot for eco-adventurists who enjoy zip-lining, rafting, hiking, and surfing. Though often overshadowed by other Latin American countries for cuisine, Costa Rica has a lot to offer travelers who love to explore with their appetites, too. The landscape overflows with coffee plantations, cacao farms, and exotic tropical fruits, while its two coasts are rife with fresh fish. These itineraries highlight some of the country’s top epicurean experiences, whether traveling in the city, enjoying the beaches, or soaking in volcanic hot springs. 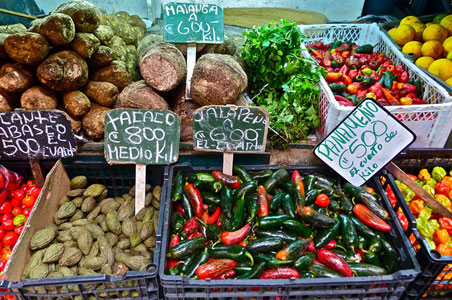 Costa Rica’s capital city is also the culinary center of the country, and a stop at the market is a great way to become familiar with the land’s remarkable bounty of fruits and vegetables. Founded in 1880, the Mercado Central (in the block between Avenida Central and Avenida 1; Calle 6 and Calle 8) bustles with more than 200 vendors peddling produce, meat, and fish. Belly up in one of the "sodas," family-run lunch counters, such as Soda Cristal, where the order of the day is "casado," a generous plate of rice and beans served with meat, chicken, or seafood with plantains, tortillas, and a salad.

For elegant dining out, the upscale Grano de Oro just off the Paseo de Colon is the popular choice for gourmands. Nestled within the boutique hotel of the same name, the kitchen marries Creole-influenced Costa Rican cuisine with European technique in dishes such as roasted pork tenderloin with yucca croquette, mango chutney, and tamarind sauce.

Costa Rica’s most recognizable chef, Oscar Castro O’ Sullivan, is often credited for spreading the gospel of local cuisine via cookbooks and his popular television show, "La Vaina es Asi" (loose translation: "This is how it’s done"). At O’Sullivan’s culinary school, visitors can learn local cooking first-hand and walk away knowing the difference between a gallo pinto (mixed rice and beans) and a patacon (fried plantain). 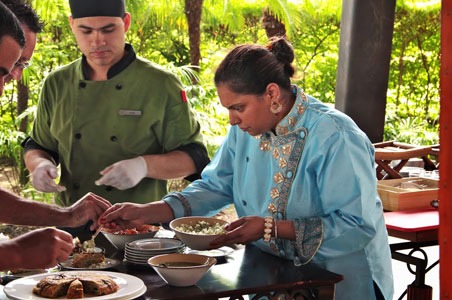 Known for its white sandy beaches, fishing villages, and excellent diving, surfing, and snorkeling, the Papagayo Peninsula provides a breathtaking home for The Four Seasons Resort. While the hotel itself boasts two beaches, an Arnold Palmer-designed golf course, and sprawling suites with plunge pools and vast views, it is also a one-stop destination for the culinary-inclined. Last month, the resort kicked off its "Celebrity Culinary Experience Series," with chef and cookbook author Maneet Chauhan. Chauhan teamed up with Four Seasons executive chef Mario Alcocer for a cooking demo and a collaborative tasting menu featuring creative dishes such as fenugreek coriander ceviche and black mole short rib sopes.

At Café Britt, the on-site café run by the country’s first gourmet coffee brand, guests can experience the flavor variations of local coffee through intimate tastings, while the "Chocolate Beach Factory" led by a local chocolatier, is a toes-in-sand, hands-on chocolate-making class where participants roast, grind, and cook cacao beans until they become bona fide confections.

Dining on the property is also an attraction on its own, especially at Caracol restaurant’s "Chef’s Table Experience," where a group of 2-10 guests dine under a pergola amid an organic garden. Dishes might include sashimi-style local tuna sliced-to-serve right at the table, or a side-by-side tasting of US and Costa Rican beef, where diners try platters of varying cuts to compare the flavor and texture differences of North American and Central American cattle. 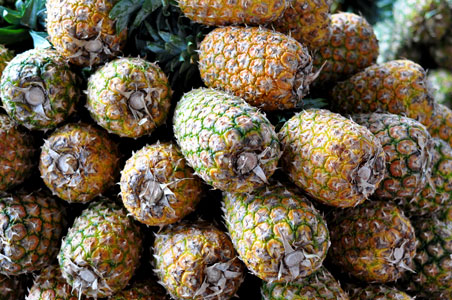 Besides its minerally hot springs and volcano views, the Arenal area is also known for its fruit plantations, most prominently Finca Corsicana, the world’s largest organic and fair trade pineapple plantation. Here, visitors can tour the geometric fields, learn about the growing process, and of course, taste the fruits of the farm’s labor.

Green eaters of all stripes—Vegan, Vegetarian, even Ayurevedics—can enjoy the organic dining options at Tabacon Resort and Spa, a hot springs hideaway sitting in the shadow of the majestic Arenal volcano. The private "gala dinners," served in a candle-lit gazebo, are tailored to guest preferences with dishes such as St. Peter fish filet with tomato concasse on a seasonal vegetable ragout or tofu teriyaki with asparagus tempura and miso sauce. The extremely green atmosphere drives home exactly why the luxury hotel was the country’s first LECS (Luxury Eco Certification Standard)-certified property. And the culinary indulgences don’t stop there: the resort’s Grand Spa also offers deliciously-reviving treatments such as chocolate wraps, and coffee, coconut, ginger, and green tea exfoliations.