Deals Leila Najafi Attention West Coast: You Can Now Book Flights to Paris for as Little as $321
Home  >  News   >   24 Hours in Buenos Aires 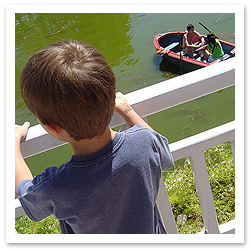 8 a.m. Start your day with a stroll through immense Parque Tres de Febrero, Buenos Aires’ Central Park, in Palermo. Here you’ll see Porteños of all persuasions walking, jogging, biking, and blading around the park’s trees, lakes, and rose gardens. The park is surrounded by scores of tennis clubs, where homegrown greats like Guillermo Vilas, Gabriela Sabatini, and David Nalbandian got their start on the orange clay courts.

This is also where you’ll find the Hipodromo Argentino de Palermo, where world-class Argentine ponies pound the turf and dirt three times a week. Check out the slots casino housed underground, below the track.

Just across Avenue Libertador is the Palermo Polo Field, the so-called Cathedral of Polo, where the best players in the world grunt it out each November and December for the sport’s most prestigious trophy. It’s a super fabulous event where Saudi oil barons rub shoulders with British royalty while Texas hedge-fund managers gaggle over champagne-swilling supermodels.

9 a.m. From the polo fields, jump on the TBA (Trenes Buenos Aires) train at the Estación Tres de Febrero station and take it three stops (about a six-minute journey, 50 centavos) to the Belgrano R station. Once there, settle into one of the quaint cafés that line the plaza and order cortado con medialunas (croissants and coffee “cut” with milk). 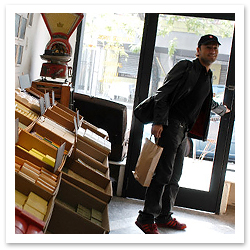 Pick up a copy of the English-language Buenos Aires Herald newspaper and linger over your breakfast for a while. Walk off the calories with a stroll around the leafy Belgrano R neighborhood, home to some of the most spectacular private residences and embassies in the city.

10:30 a.m. Hit the glamorously gentrified enclaves of Palermo Soho and Palermo Hollywood, which house the studios of some of the city’s top designers, artists, and filmmakers. This neighborhood was also the childhood home of famed Argentine author Jorge Luis Borges, who has a street named in his honor here. The restored low-rise homes now function as restaurants, boutiques and bars that attract a mixed crowd of fashionistas, hippies, headbangers and backpackers. A walk around Palermo will reveal myriad hidden gems: cutting-edge art galleries, funky clothing shops, and eclectic culinary offerings from around the world — all at bargain-basement prices.

12:30 p.m. Lunch at one of Palermo’s trendy eating spots. Get a table on the sidewalk and break out your shades. Seeing and being seen is a full-contact sport in Buenos Aires. Most restaurants have a mid-day menu ejecutivo that includes an entrée, dessert, coffee, and a glass of wine for less than $10 USD. Some of my favorite Palermo lunch spots include: Bar Uriarte (Uriarte 1572), Central (Costa Rica 5644), Dominga (Honduras 5618), El Diamante (Malabia 1688), Social Paraíso (Honduras 5182), Zadvarie (Uriarte 1423). 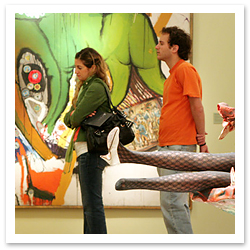 1 p.m. Hit the city’s most important contemporary museum, the Museo de Arte Latinoamericano de Buenos Aires (MALBA), which houses the private collection of Argentine businessman Eduardo Constantini. This is one of the largest displays of Latin American art in the world. Down the street, another important museum, Museo Nacional de Bellas Artes, carries an impressive collection of Pre-Colombian Andean works, 20th-century Argentine art, and pieces by masters such as Monet, Pollock, Renoir, Degas, and more.

2:30 p.m. Want to see where Argentina’s most famous sons and daughters are entombed? Head to the Cementerio de la Recoleta and visit the musty mausoleums that hold generations of Argentine elite, including the most celebrated First Lady in history, Evita Peron. After visiting the dead, take in the bohemian buzz of Plaza Francia, where artists, craftsmen and performers clog the worn paths selling clothing, jewelry and other goods.

3:30 p.m. Take a mid-afternoon break for some delicious ice cream at Persicco, the créme-de-la-créme of Buenos Aires’ many ice cream shops, or heladerías. Argentine ice cream combines the Italian gelati style with hearty milk from local dairies, and the result is amazing. For caramel-coated nirvana, try the Dulce de Leche con Brownie. 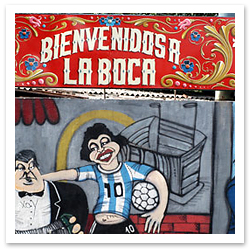 4 p.m. Argentines have been called the world’s most passionate fútbol (soccer) fans, and a game day visit to the La Bombonera soccer stadium, in the neighborhood of La Boca, will confirm this. When the blue and yellow-clad players of Boca Juniors take the field, a charismatic chaos cloaks the stadium and the fervor is truly contagious. Be sure to go with a local, or book a door-to-door tour with Go Football.

6 p.m. After the match, browse the antique shops and art galleries along Calle Defensa in the historic neighborhood of San Telmo. Stop into a corner bar for a cold Quilmes beer and some salty peanuts. Check out the tango dancers that fill the streets and entertain passersby with seductive moves. Let San Telmo’s Electrotango vibes get you psyched up for a night on the town.

8 p.m. Grab a quick shower and change into your finest evening wear before heading to “the Broadway of Buenos Aires” — Avenida Corrientes — to catch a show. Scores of theatres here offer cutting-edge Argentine plays, Spanish-language versions of Broadway hits (The Producers and Victor/Victoria are currently playing) as well as Vegas-style revues complete with cheesy comedians and sexy showgirls. This is truly a street that never sleeps.

10:30 p.m. Eat meat. Argentine cows are grass-fed on the Pampas, and the result is some of the tastiest beef on the planet. Be sure to hit one of the city’s many parrillas — steak houses. For a full-flavored steak, try the bife de chorizo, and for a tenderer cut go with the bife de lomo. Argentines leave nothing to waste, so live like the locals and try mollejas (sweetbreads) and morcilla (blood sausage) too. Of course, what is red meat without red wine? Wash it all down with one of Argentina’s signature Malbec blends. Some of my favorite parrillas: Desnivel (Defensa 855, San Telmo), El Encanto (Bonpland 1690, Palermo), El Pobre Luis (Arribenos 2393, Belgrano), El Trapiche (Paraguay 5099, Palermo), La Cabrera (Cabrera 5099, Palermo), Mirasol (Posadas 1032, Recoleta), Rió Alba (Cervino 4499, Palermo).

12:30 a.m. Hit a bar. No self-respecting Porteño heads to a nightclub before 2 a.m., so hit a local watering hole for some post-dinner, pre-disco drinks. Have a local favorite: Fernet with Coca-Cola. 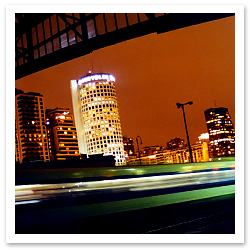 2 a.m. – 7 a.m. Time to go clubbing. Dancing is taken seriously in Buenos Aires, and there are plenty of clubs that cater to all sorts of musical tastes: rock, cumbia, hip-hop, ’70s/’80s, etc. Electronic music is hugely popular here, and there are several hard-core techno clubs on the Costanera Norte that keep the music pumping till the break of dawn. Be sure to stick around and watch the sunrise over the Rio de la Plata, a Buenos Aires tradition.

Since 2001, Brian Byrnes has made his home in Buenos Aires, where he has contributed to the last three editions of Fodor’s Argentina.