News Apeksha Bhateja Is Outdated Airline Technology Dangerous or Just Annoying?
News11 Things to Do With Kids in Vienna

11 Things to Do With Kids in Vienna

For a city so steeped in tradition, not to mention classical music and architectural history, it’s amazing how kid-friendly Vienna actually is. It’s as if the people of Vienna have gone out of their way to make their palaces, museums, and galleries as welcoming to children as possible, making this very formal European city a surprisingly fantastic choice for families.

Get in Touch with Royalty at Schönbrunn Palace 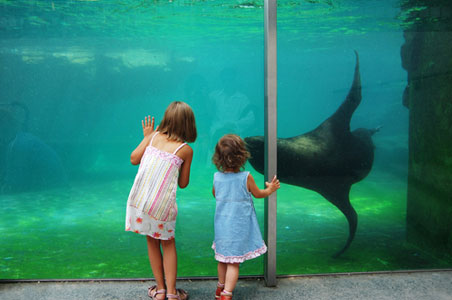 It’s easy to spend an entire day at Schönbrunn Palace. Between the palace tour, the children’s museum, the gardens, and the zoo, your day will be filled with imperial traditions mixed with lions, tigers, and bears at the world’s oldest zoo. Just a quick U-Bahn ride to the palace from city center, download the free audio tour onto your smartphone and get ready to be wowed by room after room of palatial extravagance on the self-guided tour. Tours are timed so buy your tickets online to avoid waiting in line.

When you finish the tour, head to the Children’s Museum on the west side of the palace where kids can dress up as imperial children, try on wigs, learn what the differences were between royal and middle class children, and play with imperial toys. Outside, kids can explore the Maze and Labyrinth within the palace gardens. Kids will love the chiming climbing pole (make sure to ring the bell at the top) as well as the giant kaleidoscope. On the outskirts of the palace grounds, take a break at the Schönbrunn Zoo, which makes a nice respite from the history and sightseeing in Vienna. 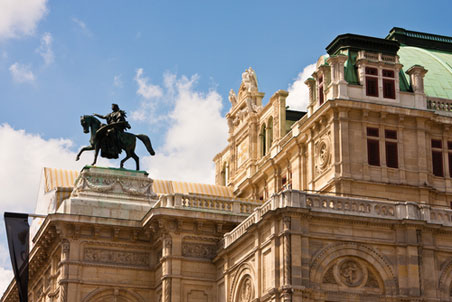 A must when visiting Vienna with children, given the city’s rich classical music history, is Haus der Musik. In this highly interactive museum, kids explore sounds, music, and of course, Austria’s great composers. Try Namadeus, a musical game invented by Mozart, which turns names into melodies. Or, compose a Viennese Waltz by throwing a pair of dice. Before you leave, pick up a conductor’s stick to virtually conduct the Vienna Philharmonic Orchestra.

Meanwhile, the Vienna State Opera offers children’s operas nearly year-round from a big tent on top of the Opera House. The operas are either adaptations of real operas or have been specifically created for children. Even better, they last around one hour. Tickets for the children’s opera usually sell out weeks, if not months, in advance, so book as soon as you have finalized your trip. The opera takes a break from performances in July and August.

Get Your Kicks at Prater Amusement Park 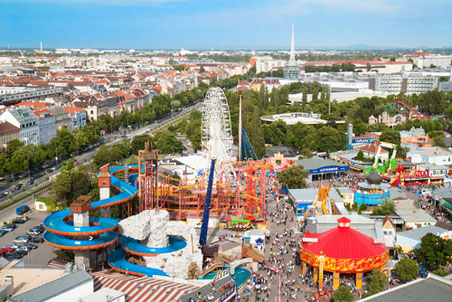 No matter the season, pay a visit to the, Prater amusement park if only to take a ride on the giant Ferris wheel to see the city from nearly 200 feet high. At the entrance, the Prater Museum tells the history of the Ferris wheel and the city of Vienna with nostalgic installations set up in giant Ferris wheel cars. Look for paintings, posters, photos, signs, and miniature depictions of the park over the years.

With more than 250 attractions, including a chair-o-plane, a ghost train, and even Ice Mountain, an interactive ride for little ones to see polar bears, penguins, and more, the Vienna Prater will have something appealing to everyone in your group. You’ll even find bike paths, skate parks, jungle gyms, and pony rides. From March through October, mini train tracks carry little ones through Prater.

Best for Mini-Klimts Is the Belvedere and Kunsthistorisches Museum 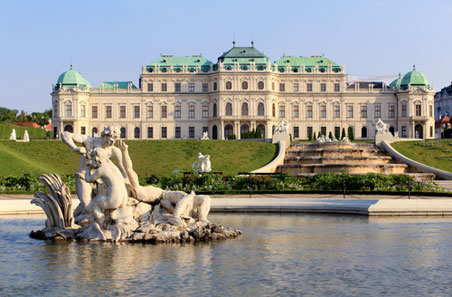 You could easily spend an entire day at Belvedere, which consists of two Baroque palaces (Upper and Lower Belvedere), the Orangery, and Palace Stables. Built as a summer residence for Prince Eugene of Savoy, Upper Belvedere palace today serves as a museum, featuring art works from the Middle Ages through the 21st century, including a significant collection of Gustav Klimt masterpieces.

With kids in tow, stick to Upper Belvedere and pick up a special “Art Detective on the Trail of Masterpieces” booklet to guide them around the galleries finding mistakes in paintings and answering kid-sized questions about sculptures. It’s a fun way to get young children excited about famous art works.

Kids will also enjoy two art museums in Vienna that offer hands-on weekend workshops. At the Kunsthistorisches Museum (Museum of Fine Arts), bring your kids on Sunday afternoons to let them create their own works of art inspired by paintings and sculptures inside the museum. Or, head to Mumok (Museum of Modern Art) on Saturdays and Sundays when children can invent comics from stories they see in exhibitions, do junk modeling from scraps, or create animated short films.

For Tiny Tots, Head to ZOOM Children’s Museum and Minopolis 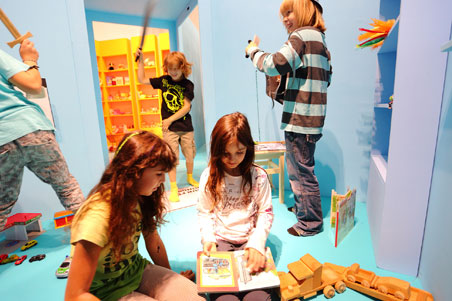 The littlest ones in your group will love taking a break from famous architecture and music at the ZOOM Children’s Museum. In the ZOOM Ocean, young children can crawl through a tunnel of mirrors and bounce on a water mattress as they stimulate their motor skills. Older children will love hands-on exhibits that allow them to experience life in the Middle Ages (through September 1) or work in teams to produce animated films and sounds.

Meanwhile, Minopolis is a kid-size indoor town where children can try out various professions by “working” at the supermarket, train station, hospital, and other businesses. The activities are interactive and stimulating for young children. Kids can make pizzas at the pizzeria, work with play money at the bank, and are even paid for their labor in a special local currency called Eurolinos.