Coronavirus Leila Najafi Want to Stay in Costa Rica for Over a Year? A New Law Might Help You
Home  >  News   >   10 Trips for Facing Your Fears

10 Trips for Facing Your Fears

We’re all afraid of something—and with good reason. Sharks bite. When you climb high you can fall. Speeding sometimes ends with a crash. There’s a bit of risk involved in confronting your fears, but as I’ve discovered during my travels, there’s no better time to face down your enemy than when on vacation (peer pressure from strangers with smart phones is a major motivator—you don’t want to end up on YouTube looking like a wimp). So as inspiration, here are 10 risky activities—from beginner to advanced—that you can try while traveling. I’ve done all but three and I’m still here to write about them! I’ve also included links to fun (scary?) videos posted by others who’ve conquered their own fears. 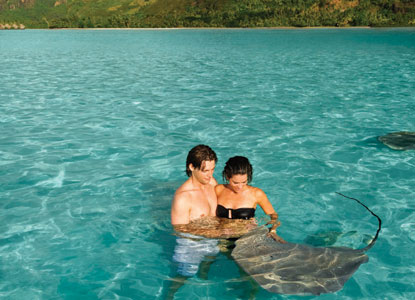 "Jaws" made me a landlubber. I think about that movie every time I am in the ocean. Damn you, Spielberg. So it took cajoling for me to slip into the surreally blue waters of Bora Bora‘s legendary lagoon when I could clearly sea a dozen alien-looking stingrays and a half dozen black-tipped reef sharks already circling my tattooed Tahitian guide. Sure, they were small sharks—no bigger than four or five feet—but they have teeth and eat meat. Luckily, they prefer the dead fish being tossed to them more than people. Honestly, the stingrays were scarier. Watch this VIDEO for a front-row seat. 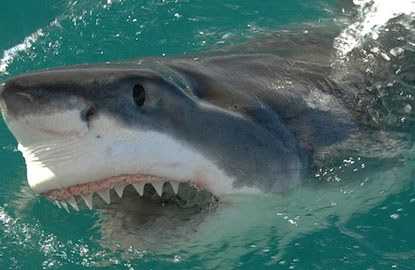 Let me be clear: I have been to Cape Town, South Africa, (and loved it), but I have not tried cage diving with Great White Shark Tours—nor will I ever! And yet hundreds of adventurous souls opt to get in a small metal cage and be lowered into chilly Indian Ocean waters filled with Great White Sharks fresh from a feeding frenzy on unsuspecting sea lions. So if you’re a Jacques Cousteau wannabe, go ahead and get your adrenaline pumping by putting yourself frighteningly close to one the ocean’s most fearsome creatures. Check out this VIDEO of a 92 year old woman that did it. 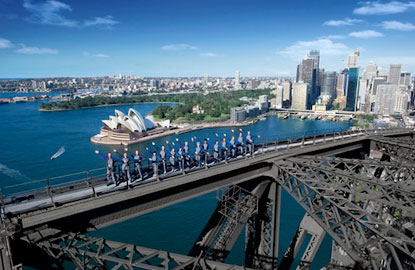 3. Sydney: Walk Across a Bridge—Well, Atop a Bridge

Vertigo is no laughing matter—that spinning feeling is pretty intense. But most of us simply fear heights and all we need to beat our inner coward is a safety tether (or not) and something to climb. A good first attempt is the Sydney Harbour BridgeClimb, a guided ascent up and over this Sydney landmark’s arched bridge’s metal catwalks. Don’t worry: you are tethered to the rail the entire time and the view of the iconic Opera House is so spectacular, you’ll almost forget you’re hundreds of feet above ground—I did. Check out this VIDEO for the full effect. 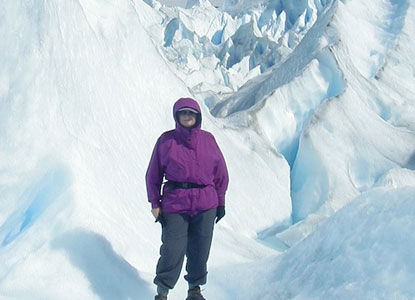 4. Argentina: Hike on Ice in the Wilds of Patagonia

You may not venture all that high when you agree to climb the awesome, Windex-blue Perito Moreno Glacier in southern Argentina‘s Los Glaciares National Park, but you’ll do so without a safety harness, on slippery ice, and next to massive crevices. Your only allies: a pair of spiky steel shoe coverings to give you grip and a bit of courage. I loved it (yes, that’s me striking a pose above)—and felt like I might run into the Abominable Snowman around every turn! Watch this VIDEO to appreciate the majesty. 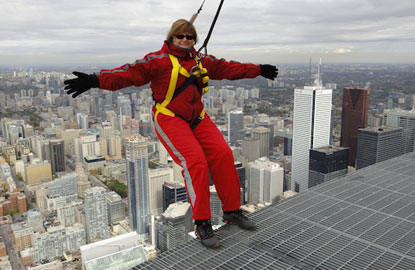 Take my word for it: You’ll feel more nervous as you suit up, pass a Breathalyzer test, and watch on video monitors as the group before you ventures out the door than when you actually step onto the five-foot-wide platform for the CN Tower EdgeWalk high above Toronto. The view from 1,168 feet may make your heart skip a beat, but the double safety harness means you can master "Toes Over Toronto," a leaning-forward pose with a view that’s nothing but itsy-bitsy cars and people on the streets below (as you can see, I preferred the less woozy backwards lean), and smile for the camera while doing it! Watch this fun VIDEO for a live-action report. 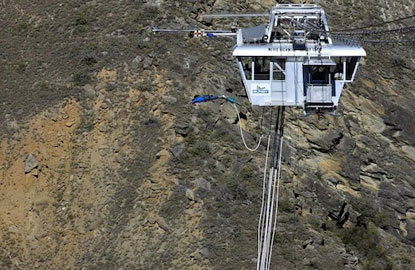 Bungy jumping has been around for a few decades, so many people think of it as old school. I have watched it a few times without feeling the least bit tempted to try. And this VIDEO from AJ Hackett’s Nevis Bungy, the highest in New Zealand (you jump from a pod suspended on cables 439 feet above a river gorge) is exactly the reason I never, ever will. 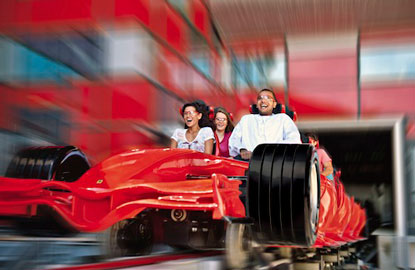 7. Abu Dhabi: Catapult 150mph Up and Into the Desert

"Fastest in the world" is a pretty cool claim to fame and when it comes to roller coasters that honor goes to Formula Rossa at Ferrari World in Abu Dhabi, United Arab Emirates. I braved it, and during the first 4.9 seconds of this one-minute ride was catapulted to 150mph and up more than 160 feet into the sky while experiencing 4.8G forces—but after that, it was totally exhilarating with sweeping curves that mimic a Ferrari on the track. Experience it all in this terrific VIDEO.

Rating: Intermediate or Advanced (depending on your tolerance for G forces) 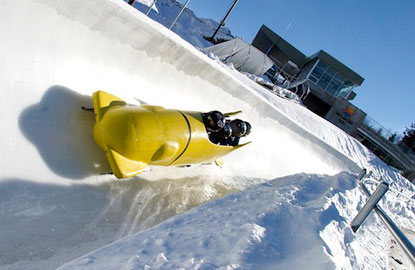 8. Park City: Shake It Up on an Olympic Bobsled Run

After Formula Rossa, I thought I had experienced the most intense ride of my life—but I was wrong. For 60 seconds of absolutely terrifying 4G forces created by 15 nauseating turns, you’ll brace yourself against both gravity and friction as you barrel down the Comet Bobsled at Utah Olympic Park in Park City at 70mph. It’s on wheels in summer and, more authentically, on ice in winter. Either way, I give anyone who tries this (don’t dare if you have neck or back injuries) a gold medal. Watch a winter run in this VIDEO. 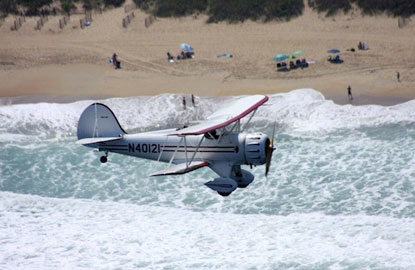 A fear of flying can really put a crimp in your travel style. Luckily, I’ve never been afraid of the friendly skies, but I think I understood them better once I got outside the confines of a jet plane and took a scenic flight in an open-cockpit WWII bi-plane (the kind Snoopy’s nemesis used to fly). You can, too, by booking with OBX Biplanes on Roanoke Island in the Outer Banks (near where the Wright Brothers started it all). Take to the skies virtually with this soaring VIDEO. 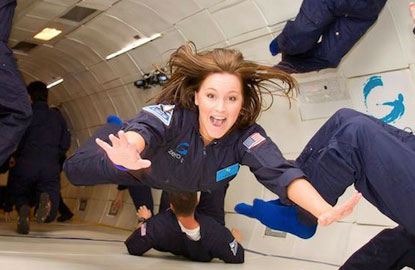 If as a child you harbored fantasies of becoming an astronaut and you have some extra cash to burn (around $5,000), you can head to Las Vegas to live your dream and squash any last fears of flying once and for all by booking a ZeroG Weightless Experience. You’ll head up in a specially modified Boeing 727 and experience 12-15 parabolic arcs during which you will float, flip, and feel zero Gs as if you were in space. You’ll flip just watching this VIDEO.