News Apeksha Bhateja Europe's Airports Are Chaos This Summer. And Now There's Another Problem
Home  >  News   >   10 Things to Know Before You Go to Japan

10 Things to Know Before You Go to Japan

Beautiful, mysterious, and so very far away—Japan’s appeal for the traveler is eternal. But there’s a lot to know about this enigmatic country before you set foot within its borders. Here are some insider tips to a country that’s equal parts ancient and ultra modern.

Tipping is Not Required

Blast the trumpets and open the pearly gates—tipping is not big in Japan. Restaurants? No tipping. Bars, taxis, salons? No tip. And there’s no need to succumb to American guilt; in Japan, service-people are paid a living wage. So breathe a sigh of relief and save your yen for what’s really important: more dishes of chuo toro tuna at a kaiten sushi restaurant. 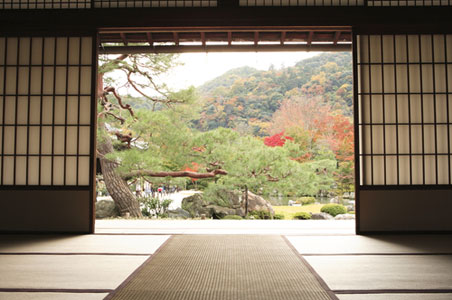 Shoes On, Shoes Off

In Japan, as in many Asian countries, it’s customary to take off one’s shoes when entering a carpeted room, certain areas of restaurants, and, above all, in someone’s home. Therefore, it is recommended to always wear nice socks…or at least a clean matching pair without holes in the toes. And if you think having to take off your shoes is obnoxious, just imagine how obnoxious you seem when you carelessly tramp all over someone’s tatami mats with your dirty sneakers.

Why? Because doing so equals death. Literally—over 99% of all Japanese funerals are cremations, and part of the cremation rite is kotsuage, the “bone-picking” ceremony. After the body has been cremated, the deceased’s relatives are given pairs of giant chopsticks with which to pick any remaining bones from their loved one’s ashes and pass them between family members before placing them in a funeral urn. Passing food at the restaurant table with chopsticks would inevitably recall unhappy memories, so watch where you put those things.

Robot Toilet? You Can Only Hope.

What could be better than drinking your weight in sake at a shot bar and staggering to the bathroom… only to be greeted by a hole in the ground? The stark juxtaposition of the ancient and the ultra modern in Japan is never so apparent as when visiting a public bathroom. Often, you’ll find a sleek robot toilet with a heated seat, bidet, and musical accompaniment in one stall and a gaping porcelain maw in the next.

Tip: The round “bowl” part of the Japanese toilet is the front.

Gentlemen: Hang up your trousers on the hook behind the bathroom stall door.

If you don’t plan to learn basic Japanese for your trip, consider learning some Japanese hand gestures. When someone points at their nose, they’re referring to themselves, but pointing at objects and people is considered rude—gesture to menu items with your outstretched hand instead. A businessman passing through a crowd with the heel of his palm pressed against his chest like a shark fin is quietly telling you to get out of the freaking way. If you want to convey that you’ve had enough of something—services, drinks, or food—wave your hand in front of your nose, as though waving away something smelly. Admittedly, this gesture won’t be as useful as the others; as if you could ever have enough to eat in Japan.

Unless you’re in Tokyo or visiting tourist attractions, it is very probable that your restaurant menu will be written in Japanese. Many restaurant owners cater to non-Japanese speaking customers by including photos of the food next to its name. Helpful, yes…except for the fact that Japanese cuisine often makes use of animal parts considered trash in the Western world. That delicious plate of fried “chicken”? Might be fried cartilage. Horumon (offal) is popular in yakitori houses, izakayas, and yakiniku restaurants, particularly in Osaka. Some of the most common offerings include chicken skin, heart, liver, gizzards, cartilage, beef tongue, and tripe. On the bright side? If you do take the gamble on a dish and discover that the meat you’re eating is not quite white, at least it will be delicious.

They’re Not Mad at You

Upon entering most restaurants and shops, you will notice that the staff shouts at you—a great, guttural wail: irasshaimaseeeeeeee! Relax; they’re not mad at you. Irrasshaimase is a shopkeeper’s welcome—translating to “come in!”, alerting the other staff to your presence, and loosely meaning “I’m here, ready to serve you.” There is no scripted response to irasshaimase, so no acknowledgement is strictly necessary, but you can never go wrong by being polite; smile or nod, and enjoy your meal.

Japanese society places emphasis on the good of the group rather than the desires of individual. This is why, by Western standards, Japanese cities seem very clean and orderly—trash and panic cast a pall on everyone’s day. It is also why in Japan, eating while walking down the street is considered vulgar, as is talking on one’s cell phone. Furthermore, one of the most prevailing stereotypes about Westerners in Japan is that they speak very loudly. Take a second to note your surroundings when you’re in a public place. It’s very likely that your group is the loudest one there (except for the drunken salary-men. But don’t worry about them, they’ll sleep it off on the train). 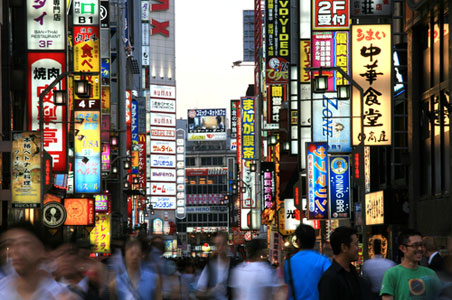 What’s With All the Masks?

The Japanese are famous for their work ethic; tardiness is not tolerated, and calling in sick for a common cold is unheard of. What’s a germ-susceptible human being to do? Prevent, prevent, prevent. Visit any convenience store and you’ll find shelves full of Vitamin C products. Set foot out of your hotel room and find dozens of commuters in dental masks. Take care to avoid coughing and sneezing openly in public, unless you want to give someone a heart attack.

Cherry Blossom Season is Only a Couple of Weeks Long

Ohanami season is one of the most wonderful times of year to be in Japan. But the canopies of frosty white cherry blossoms move up through the archipelago over a period of precious few weeks; lasting merely a week in each region of the country. If you dream of taking a romantic stroll underneath the cherry blossom groves in Kyoto, make sure to check one of the many online cherry blossom calendars while planning your trip to avoid disappointment.