10 Things I Learned in Post-Harvest Napa 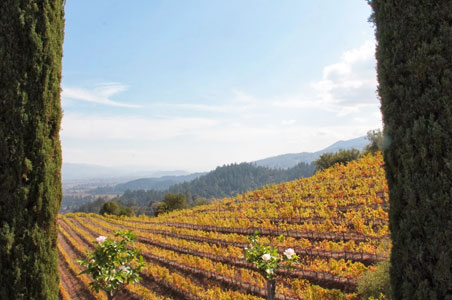 In late October, the bouquet of fresh grapes still permeated the air in Napa, California’s playground for oenophiles, even as the flurry of activity wound down. After a productive harvest and fruitful crush season, and just before the winemakers hung up their "gone fishin’" signs as their barrels rested, I checked out the post-crush buzz to see what the 2013 season had wrought. Here’s what I learned…

1. Sparklers go first. Crush season officially kicks off when grapes destined for sparkling wine are ripe. After that, grapes for non-sparkling whites, light reds, and heavier reds follow in quick succession. Cabernets cap the season. While harvest can usually run from mid-August to November, this year saw an unusually early start on August 1, and a commensurately early finish in the third week of October.

2. A "riddler" is not just a Batman villain. In the making of sparkling wines, a riddler is an essential part of process. The riddler is responsible for ridding bottles of lees—dead yeast and other sediment. To do this, the riddler rotates the bottle one-sixteenth of a turn daily in a riddling rack that allows the bottle to rest at different angles. When the process is complete, and the lees are settled in the neck of the bottle, the sediment is frozen in a block and extracted. While most wineries today use riddling machines (making the process 5 days as opposed to 5-6 weeks), Schramsberg Vineyards still employs a highly-trained hand riddler, claiming hand-riddling allows for a more full extraction of the yeast and a less "doughy" flavor in their sparklers. 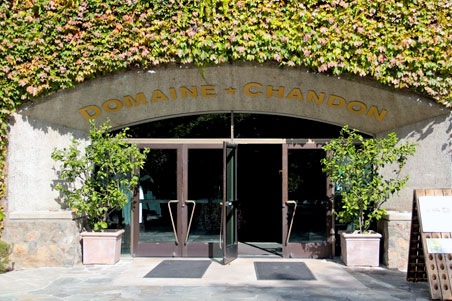 3. There is only one Napa winery that has an on-site restaurant. Sounds crazy for the food capital of California’s wine region, but it’s true, due to the 1990 Winery Definition Ordinance, which was enacted in order to keep agriculture, not dining, the focus of wineries in Napa county. Thankfully, that one restaurant is Michelin-starred Etoile within the Domaine Chandon winery in Yountville. Chef Perry Hoffman has been named a Zagat Survey 30 under 30 honoree and a semi-finalist for the James Beard Foundation Award for Rising Star Chef for spectacular dishes such as kurobata pork tenderloin with bing cherries, hearts of palm, and basil.

4. 2013 is the vintage to watch. Napa’s winemakers note that this year’s harvest was average, in terms of quantity. In quality, however, this year is an absolute standout. "The great weather this year brought a great growing season and extra ‘hang time’ for the grapes, which allows perfect ripeness," says Newton Vineyard’s winemaker Chris Millard. Millard adds that the quality of this year’s harvest has even exceeded 2012 season, which has been touted for its excellence.

5. ‘Tis the season for adorable mini-produce. Niche crops from Napa farms in the fall are particularly cute, tasty, and populating menus all over the area. The Berkshire pork chops at Brix, for example, come with mini garnet yams. Three-Michelin starred Meadowood is serving up a squash soup with lady apples, a small, sweet-and-tart variety. And at Etoile, chef Perry Hoffman adorns his tuna plate with pequeño melons, which look like large caperberries, but taste like a sweet cucumber.

6. Unfiltered wines are not unrefined. Although "unfiltered" might evoke thoughts of "cloudy" and "murky," an unfiltered wine is not actually rife with floating sediment. The wine may not have the clarity of a filtered variety, but the residuals that are not stripped away for looks are actually very pleasant on the palate. Many winemakers (rightly) think that the filtering process affects the flavor and quality of a wine. 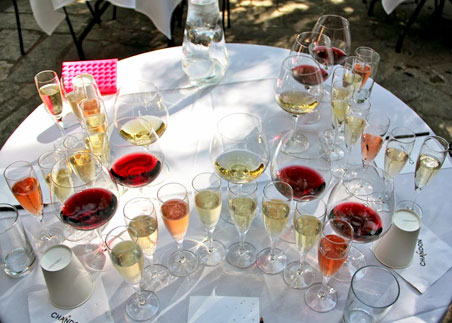 7. There’s more than one way to make a rosé wine. Rosé wine occurs when white grapes are left to macerate before they are pressed. The contact with the skin determines the color—the less time allowed with skin contact, the lighter the pink; the longer skin contact, the deeper the color. Some rosés, however, are made by actually blending a little bit of red wine with white wine. The former can be a fine expression of summer, while the latter are generally less-elegant table wines.

8. There is also more than one way to make a sparkling wine. There are actually four ways to make the bubbles found in sparklers. The traditional method brings bubbles by allowing a secondary fermentation within the bottle. One spin on this method is to bottle the wine under pressure after a secondary fermentation in a tank; a third method is the "transfer" where the wine is transferred to a pressurized tank. The last resort is a simple injection of carbonation into the bottle, usually used for the lowest-quality sparklers.

9. Blending equals personality. Think of a bad actor and the one-dimensional personality he might portray on the screen. Boring. Then think of an actor who portrays a multi-faceted character; much more exciting. The same can be said of blended wines. Blending grapes is used to enhance flavor, body, and complexity of a wine. Good winemakers don’t really use a formula. Rather, they taste the wines of a harvest, and with pipettes, mix proportions in a glass until they achieve the desired flavor profile. 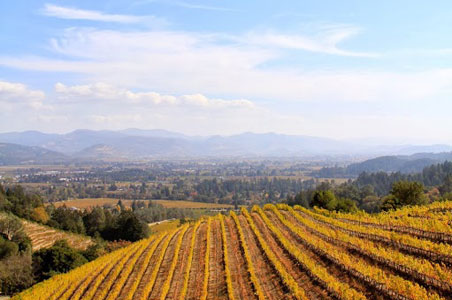 10. Post-crush may be the best time to visit Napa. Think of it as the season when the winemakers get to exhale. Therefore, they are more available for visitors. Also, the roads are less crowded, there’s more elbow room in the tasting rooms, restaurants are a little easier to get into, and hotel rates begin to drop. The weather is still agreeable, too, with sunny, warm days and cool nights and mornings.