Heading to Montreal or Quebec City for some French culture without setting foot off the continent? Even if you don’t have Will and Kate’s royal budget, you can still enjoy Quebec’s cities to the fullest. Here’s some great free things to do and ways to save from our Fodors.com community. 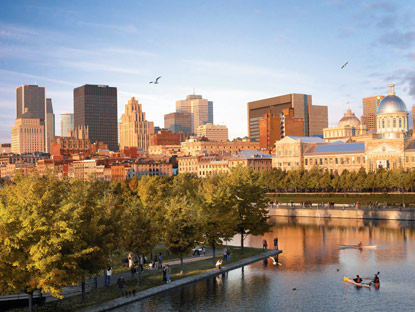 Canada is generally a good choice for American travelers looking for value vacations. At this writing the current exchange rate is almost equal. Even if it’s during a period when the Canadian dollar creeps above the American dollar, it’s never by more than a few cents so the ratio is generally one-to-one. And just as there are money-saving deals to take advantage of while traveling in the U.S., the same holds true for the neighbors to the north.

1. "We did a bunch of free things [in Quebec City]: walking tours on our own in the Old City â€¦ went to the local (free) public swimming pool for two afternoons, walked along the Promenade to the Plains of Abraham â€¦ and generally wandered around the streets in new and old Québec—stumbled upon an open air music festival, in fact!" —Jaysfan

2. "Take the Metro instead of cabs; it’s easy enough to figure out." —BAK

3. "BYOB restaurants, particularly in Montréal. One of our favorite dinner routines in Montréal is to pick up a nice bottle of wine at the SAQ on St. Denis, and then peruse the many BYOB places on Duluth, Mt Royal, and other streets in the Plateau area." —zootsi

4. "We will be in Québec City next week and are so excited to see that Cirque du Soleil is performing free on the streets! What an amazing gift." —live42day


5. "It might sound odd, but I recommend checking out places like supermarkets when visiting other countries, just to get an idea of the similarities and differences to back home (especially interesting in Canada, bordering the U.S. as it does). I bought some cookies for snacks on the road, and a box of cereal and some liters of shelf-stable juices to take home with me (on sale, they were cheaper than comparable products in the U.S., plus something new and different to try)." —Cranachin

6. "Catch a free show (if they’ve begun yet, which is usually late June) at the Theatre de la Verdure in Parc Lafontaine [in Montreal]." —Daniel_Williams

7. "Some of the best hockey games you will ever see are Québec Major Junior Hockey League games—these are the best of the best young hockey players in Canada (most are older teenagers and drafted into the National Hockey League). The ticket prices are affordable and the games are very exciting." —limazulu


8. "We rented a car at the end of our first stay in Montréal and only used it a little in Québec City, but we needed it for the drive to and from Tadoussac and back to Montréal. It was cheaper for me to rent for a week and not use it than either renting for less time or taking a train." —kkukura

9. "Stop at a deli and get Montréal Smoked Meat and make a sandwich. You could also buy Montréal bagels which are delicious. On the French side, order Croque-Monsieur or Croque-Madame, which are good and not expensive." —radiance


10. "Another way to save some money is to stay outside Montréal the first night . . . I would recommend trying to stay in the city for most of your trip though." —Vttraveler