News Apeksha Bhateja Should You Change Your Travel Plans Because of Monkeypox?
Home  >  News   >   10 Can’t-Miss Snacks in Rio de Janeiro

Bar food, street food, snack food, beach food—Rio de Janeiro thrives on snacks. And so will you, if you can find your way around the hundreds of the, at times, baffling options. Some foods will be easily recognizable, like empanadas (in Brazil called empadas) and churros. Others won’t resemble anything familiar, and will be made of things you cannot guess at. But that (and the fact that they’re delicious) is what makes them so much fun to hunt down and eat. Find your favorites and sample them at many, many locations city-wide. Trust us, every street corner has options. 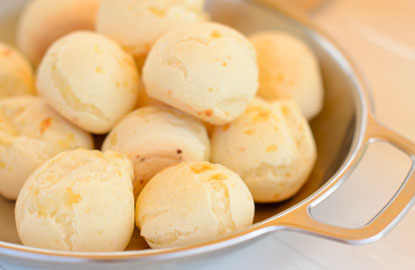 Literally "cheese bread," these little balls of cheesy goodness are highly addictive. Made from yucca flour and several cheeses, they are best sampled hot from the oven, such as at the cafe Cultivar (locally known as Organico) in the neighborhood of Santa Teresa where they are made in several batches throughout the day so they are always fresh and incredibly delicious. They’re also vegetarian.

Insider’s Tip: Snacks sold in the subway are low quality—expect hard, dry, and flavorless foods. Purchase these only in moments of desperation! 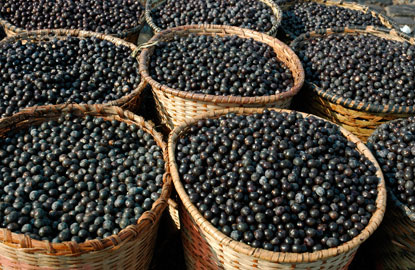 Ah, yes the super-fruit. Made of a very bitter palm berry, sweetened to dessert-levels, açai has become popular in the US recently in everything from ice cream to moisturizers. In Rio, it comes in a heaping bowl or cup with granola sprinkled on top, either for breakfast or as an afternoon snack. Rich in protein, fiber and vitamin E, it’s served thick and cold (and is also gluten-free and vegetarian), to be eaten with a spoon.

Insider’s Tip: Cariocas (natives of Rio) add lots of sugar to their fruits so ask for less if you don’t have a sweet tooth: "pouco açucar" (po-co ass-soo-car) means "just a little sugar." 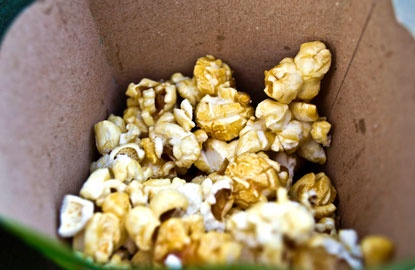 Brazilians have made an art out of popcorn. Vendors will usually have two options: salty (salgado) and sweet (doce). The salty can come with the surprisingly delicious additions of cheese or bacon depending on the vendor, so ask for options, or look for the strips of bacon in the popcorn itself. The sweet has caramelized sugar darkening the kernels, and some vendors have condensed milk available to pour on top.

Insider’s Tip: For a portion of both sweet and salty popcorn, ask for "meia meia" (may-ah may-ah), or half and half. 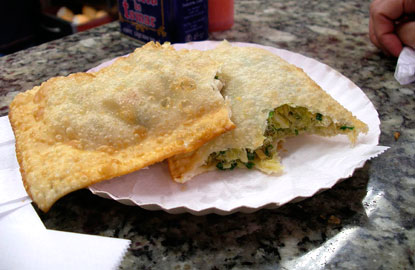 A large envelope of pastry enfolds hot fillings like cheese, meat, shrimp, or a combination. Pasteis (the plural of "pastel") can sometimes also come in smaller sizes, deep fried, with about 6 or 7 to a portion, especially in bars. Locals rave about the large fresh ones available at the weekend markets in the Gloria or Laranjeiras neighborhoods. 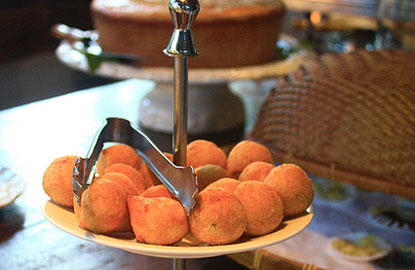 Translated as "little drumsticks," these salgados (savory snacks) feature a thick, tear-shaped crust surrounding shredded, spiced chicken. Done well, these snacks are deeply satisfying and highly habit forming. Eat them as is, or with ketchup or pimenta (hot oil or salsa). Great with cold chope (draft beer) or as an afternoon snack. 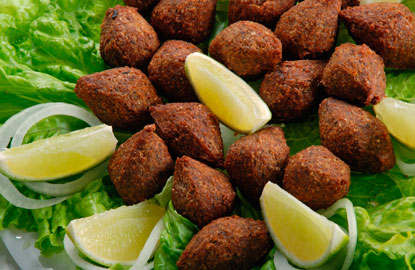 Of Arabic origins, this savory finger food has a dark and crusty whole wheat outside and spicy ground beef inside. Darker than a coxinha, which is more golden brown, kibes make a nice variation in the afternoon snack rotation, and are much beloved by Cariocas. 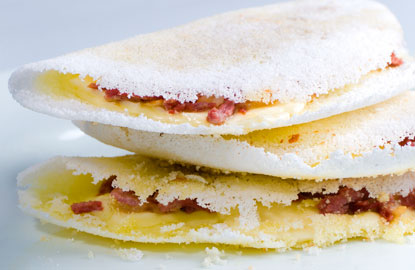 Found at street vendors and in cafes, tapiocas are cooked right in front of you on a hot griddle come in sweet or savory flavors. Tapioca are poured onto a hot griddle and form a crust during cooking, that is then filled with such things as chocolate and banana or cheese and tomato. Flip it over into an omelette shape, and you have yourself a substantial snack. Can be vegetarian and gluten-free.

Insider’s Tip: Street food carts are everywhere in Rio but are especially concentrated around Carioca metro station in Centro (downtown).

These puffed mandioc chips, sold on the beach and at street vendors, are a tasty variation on potato chips. The mandioc, also a starchy tuber like the potato (and yucca), is light as popcorn and seasoned to be sweet or savory, as you like. Sold by the package, they don’t look at first like snacks, but you’ll soon recognise the yellow packages with either green or red lettering. 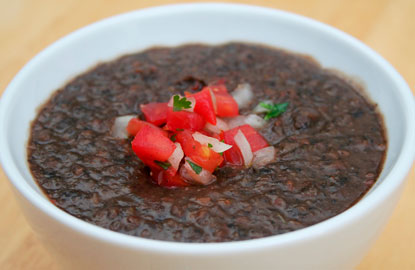 It’s as easy as a cup of black bean soup. When you’re out late drinking chope (draft beer) or caipirinhas, or need an afternoon pick me up after sight-seeing, a warming caldinho does the trick. Thick and simple, it’s related to the much more elaborate feijoada, the national dish with a black bean stew at the center. This smaller version is often served at bars and will come in a coffee mug. It’s inexpensive, nutritious, and tasty. 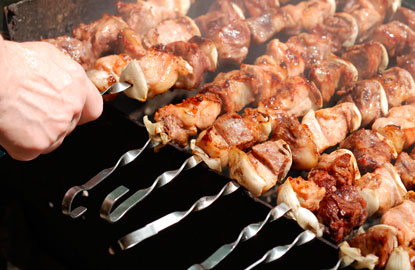 Served on street corners near bars and at street sambas (impromptu samba gatherings), street kebabs usually consist of skewers of pork, beef, or chunks of sausage or chicken, grilled street-side and rolled in farofa (toasted manioc flour). Pratos, or small plates, will come with one or two skewers, a salad of chopped tomatoes and onions, and a mound of toasted farofa.

Insider’s Tip: Kebabs can become dinner, especially if you order a couple of plates. Order some and share them around with friends, old and new, as is the local custom.

Thinking of a trip to Brazil?

For up-to-the-minute hotel and restaurant recommendations, as well as the best planning advice, check out our Brazil Travel Guide.