Deals Leila Najafi Attention West Coast: You Can Now Book Flights to Paris for as Little as $321
Home  >  News   >   007 Ways to Feel Like a Secret Agent

Some like the girls, others the gizmos. But for many of us, the cool locations are what make Bond films memorable. Here are seven of the best. 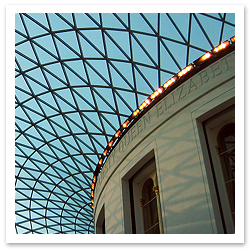 London
In Bond’s world, all roads eventually lead to London. It’s not surprising that many city landmarks have been featured in his movies. Trafalgar Square, St Paul’s Cathedral, Tower Bridge, Parliament, and the British Museum all make cameo appearances. Even Buckingham Palace had its security breached in Die Another Day when bad boy Gustav Graves parachuted in front of it.

Want to see the sites without blowing your cover? Just grab a cab. London Taxi Tours runs three-and-a-half hour themed trips costing $345 for up to five adults. You’ll see top-secret locales (like a central London square that doubled for one in St. Petersburg during the filming of Goldeneye) as well as the real MI6 headquarters and the birthplace of Bond author Ian Fleming.

Greater London
Next, get your motor running by visiting the “James Bond Experience” at the National Motor Museum in Beaulieu, two hours west of the capital. Fans can “Q” up to view a one-of-a-kind collection of 007 vehicles that includes the jet-propelled jumping speedboat from Live and Let Die, the bath-o-sub from Diamonds are Forever, plus the Lotus Submarine Car and world’s first jet-ski (both from The Spy Who Loved Me). Afterward, sneak over to “The Secret Army Exhibit” in Beaulieu’s Palace House, which details real-life agent escapades.

Even secret agents need time off. So after a long day of spy-chasing, return east and unwind at the exclusive Stoke Park Club, a Palladian mansion 30 minutes from central London. Bond is considered a regular there. After all, he outwitted Goldfinger and Oddjob on the club’s links in 1964. Follow in his footsteps by booking Stoke Park’s one-night “Quick Escape.” 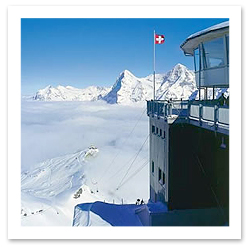 The package includes luxury accommodations in a Club-class room, three decadent meals, and a full-body massage for $410 per person.

Switzerland
For your next mission, fly to Zurich; make the 90-mile journey to Mürren, a resort town in Switzerland’s Jungfrau region; then take the Alps’ longest aerial cableway to the top of 9,742-foot Mount Schilthorn. There you’ll find the lair of Ernst Blofeld, the bald-headed villain from On Her Majesty’s Secret Service, and the model for Austin Power’s arch-nemesis, Dr. Evil. On the summit, you can sample Bond-inspired dishes at the revolving restaurant, watch film clips in the Touristorama, and buy kitschy collectibles in the gift shop. Single-night stays in Mürren, with cable-car excursion and “James Bond Breakfast” at 10,000 feet, cost $98.

Istanbul
When it comes to sightseeing in Istanbul, nobody does it better than Bond. Retrace his From Russia with Love route by visiting major attractions like the mosaic-filled Hagia Sophia and Blue Mosque. For a more clandestine experience, lose yourself in the labyrinthine streets of the Grand Bazaar or go underground at Yerebatan Sarayi: a beautifully preserved Byzantine cistern. If it’s romance you want, steal away to Kiz Kulesi on a pint-sized island off the Asian side of Istanbul. This centuries-old lighthouse was transformed into Elektra King’s hideout for The World Is Not Enough. Today it operates as a restaurant. The food is divine and the 360-degree Bosporus views are to die for. 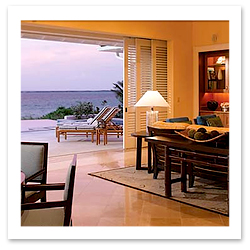 The Bahamas
Closer to home, live the “spy life” in The Bahamas. Overnighters can go old-school at Nassau’s British Colonial Hilton, where scenes with Bond Girl Kim Basinger were shot in 1983; or go upscale at Paradise Island’s One&Only Ocean Club, (photo, right) which figures prominently in the new Casino Royale. Atlantis, a sister resort also used in filming, offers three-night “Bonding” experiences complete with helicopter ride, Baccarat lessons, and martini-swilling opportunities for $1,007. Wherever you stay, plan an outing with Stuart Cove (800/879-9832 or 954-524-5755), the man who taught Sean Connery to scuba.

Jamaica
Jamaica’s North Coast is hallowed ground for die-hard devotees. Key scenes from vintage films like Dr. No and Live and Let Die were shot there. However, the star attraction is the Oracabessa Villa, where Fleming wrote his 14 Bond books. Now part of Goldeneye Village Resort, this three-bedroom retreat rents for $2,800 per night, meals included. The resort’s newly-built villas (all named for Fleming’s characters) start at $750. Travelers who don’t have the Midas touch can always forgo the sunken gardens and “media playrooms” and take a 10-minute stroll to James Bond Beach instead. You can hang there all day for about the price of a movie ticket.

This is just scratching the surface. Bond buffs can also gamble in Monte Carlo, kick back in the Keys, cruise the Thai coast, or do the rumba in Rio. Pinpointing exact locations does require some sleuthing, but www.onthetracksof007.com will do the legwork for you. Most info is for members’ eyes only, but you can see it all for the $19.95 subscription fee.